CEO memo: The election is over — but now the hard work begins 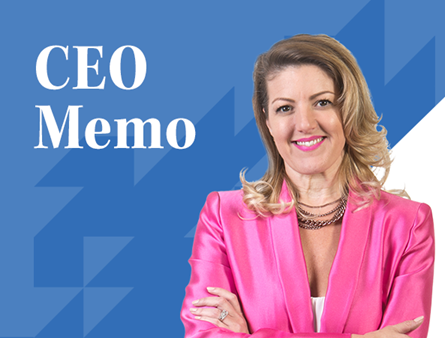 When the federal election was called, we outlined our governance and risk management ‘wish list’, a set of five key items that are of core concern to our community of more than 43,000 professionals.

So what’s in and what’s not? We have undertaken a quick audit of that wish list – and while some ground was certainly gained during the election campaign, it’s clear there is plenty more to be done on many of these items.

A national anti-corruption body – and what exactly that should involve – was certainly on the public radar during the election campaign. It was hotly debated in the headlines and our politicians were repeatedly called on to explain their stance on the matter.

With transparency and integrity core tenets of governance, we at Governance Institute have long advocated for the establishment of a national integrity commission which covers all elements of the public service – from politicians to departments. We welcome the new Government’s commitment to establish a National Anti-Corruption Commission as a priority. It is also pleasing that the proposed design principles incorporate many of the features we consider essential for an effective anti-corruption body – broad jurisdiction, independence, Parliamentary oversight and the power to hold public hearings. We look forward to working with Government and other stakeholders on the legislation bringing Commission into existence.

Climate change is a top concern for many including our members in all sectors as our recently launched Guide for boards and management on the path to net zero demonstrates. During the election campaign the new Government has committed to a 43 per cent cut in emissions by 2030 which incoming Prime Minister Anthony Albanese reiterated at the Quad meeting in Tokyo. We urge the new Government to work with the States and Territories on a ‘joined up’ approach to achieving net zero.
Reform of national fundraising laws

With both parties coming to the table on this important issue, we are hopeful of action on this issue in the near future and will maintain the advocacy momentum as a member of the #FixFundraising coalition.

Our 2020 report Future of the Risk Management Professional identified cyber security, AI and digital disruption as key trends likely to impact on risk management professionals by 2025. We consider it is important that there is not duplication of legislation with connected policy areas such as Privacy, Data, Cybersecurity and Security of Critical Infrastructure. As in the area of climate change we will work with the incoming Government to achieve a ‘joined up’ approach to regulation in these important areas.

Further modernisation of the Corporations Act and Treasury portfolio laws

We saw some major movement on the reform in this area early this year, with permanent changes to the Corporations Act made enabling companies to use technology to conduct virtual AGMs and sign off on documents electronically.

We hope to now see more action in this area, including:

We look forward to working with the new Labor Government on these, and many more issues, as we continue to represent our community in the pursuit of good governance.