Governance Institute of Australia saw a fantastic turnout to its 2019 AGM. The Sydney head office played host to more than 40 members, all of the Governance Institute’s directors led by President Rachel Rees, and new CEO Megan Motto.

Members mingled and strengthened their networks over drinks and canapés, and enjoyed robust discussion and an exclusive presentation from Australian Financial Review’s Aaron Patrick, discussing his tips and insights for the Federal Election as part of a ‘fireside chat’ and members’ Q&A.

Governance Institute’s President Rachel Rees chaired the AGM, and she used her opening speech to praise her predecessors and the association’s 110-year legacy. Overall, it saw a strong performance in 2018’s ‘Year of Innovation’, with an overall membership increase by 3.5% to 7,352, driven by a 23 per cent boost in new members to 745. The organisation also posted member’s funds of $713,355 up from a $156,114 deficit last year.

Rees praised the organisation’s governance, its uptick in member satisfaction, and the strong leadership from the regions, and especially the depth of professional diversity within state councils.

New CEO Megan Motto took the stage next to thank the members and discuss why she joined Governance Institute, her initial impressions from her national tour earlier in the year. She praised the work Governance Institute staff had been doing nationally to raise the profile through the role of the governance professional. 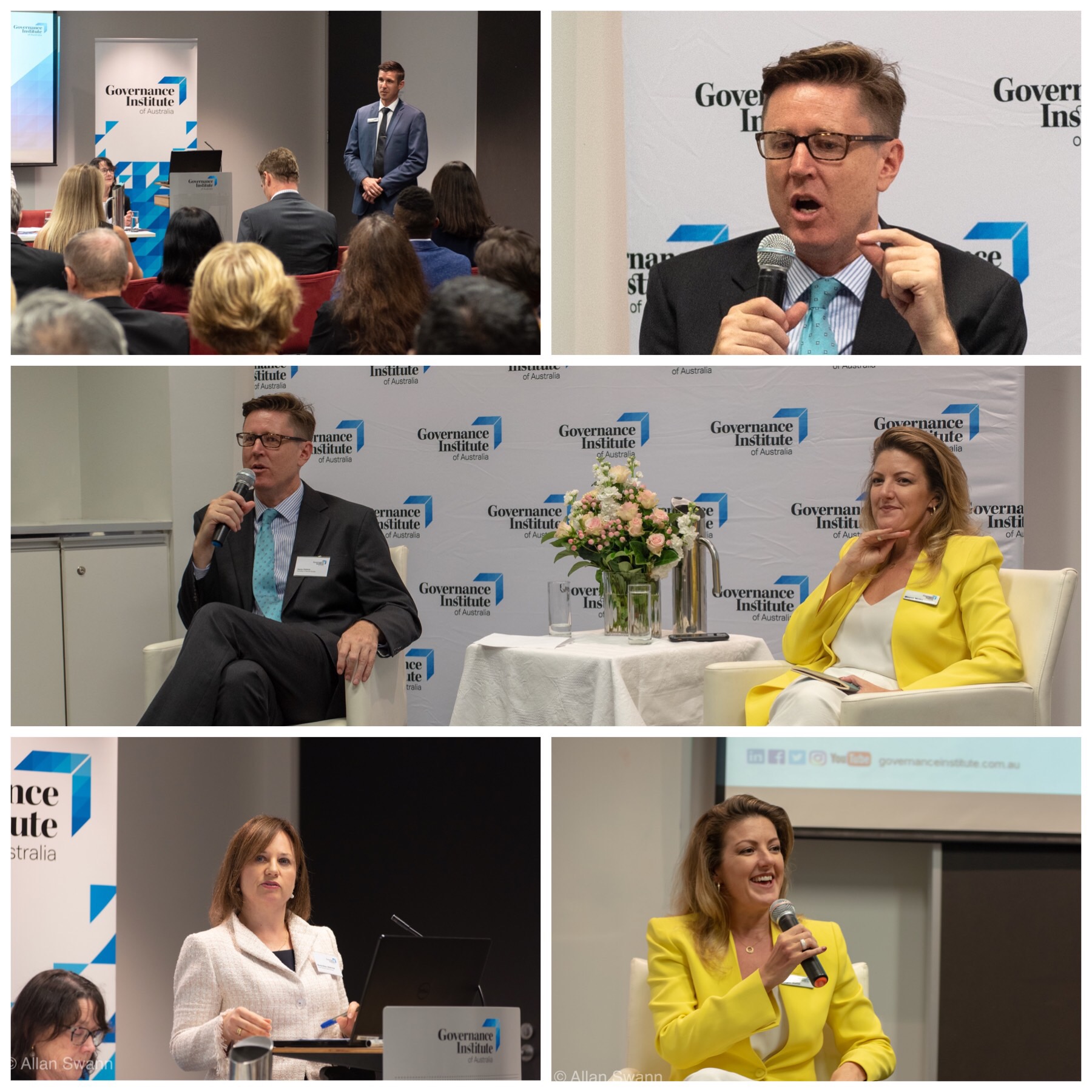 She outlined the seeds of her new 2020-2023 strategy and called for further input from members, but stated that the focus will be member-centric – focusing on delivering stronger messaging to market, strongly advocating for the issues that matter to members, and building on the value proposition for members.

At the conclusion of the meeting, Aaron Patrick, Senior Correspondent at The Australian Financial Review, was invited to give a speech and provide his insights into what is shaping up to be a surprisingly close election, before settling into a Federal Election Q&A session for members, MC’d by Megan Motto.

Key issues discussed during the Chatham House Rules session were the electability of the two leaders, the battlefronts across the nation, and the policy differences between the two parties. This lead to the event running way over time (in a good way) as members asked a number of questions relating to governance issues, and the various parties’ support for business, and changes to regulatory approaches.