Number of concerns about charities jumps in 2017 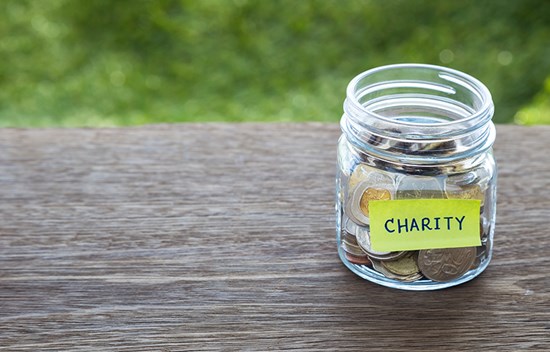 The number of concerns about Australian charities reported to the national charities regulator jumped 42 per cent in 2017, with governance breaches, fraud, lack of transparency and mismanagement topping the list.

The Charity Compliance Report 2017, produced by the Australian Charities and Not-for-profits Commission (ACNC), reveals that almost 1,700 concerns were raised about charities in 2017, up from 1,192 complaints in 2016.

ACNC Commissioner, Dr Gary Johns, attributes the jump to greater awareness of the ACNC and media coverage of charity misconduct.

‘As awareness of the ACNC has grown over the last five years, we have seen a steady increase in the number of concerns raised about the activities and operations of charities,’ he says.

‘Members of the public remain a valuable source of information, as they contributed 23 per cent of the concerns that our compliance team assessed in 2017.’

In 2017, the ACNC investigated 202 charities and finalised 82 of these investigations. As a result, 26 charities lost their charity registration and a further 16 charities entered into compliance agreements with the ACNC.

One charity entered into an enforceable undertaking and 780 double defaulter charities had their registration revoked for failure to file two annual information statements. In total, the charities subject to compliance cases controlled over $5.9 billion of charitable assets.

Poor governance was a common theme to emerge from the ACNC’s investigations.

‘The most common issues we identified related to poor financial controls, inadequate due-diligence, and a failure by charities’ responsible persons to act in the best interests of the charity,’ says Johns.

‘These issues, in addition to fraud, terrorism, harm to beneficiaries and disqualifying purposes, will be areas of focus for the ACNC in 2018.’

Of the concerns sent onto the compliance team to assess, the most common risk category was Governance Standard 5 — duties of responsible persons. This includes concerns such as financial mismanagement and failure to apply due care and diligence or act in the best interests of the charity.

Small charities were under-represented in the number of concerns received. ‘We believe this may be due to the public having more visibility of larger charities and their services, larger volunteer and donor numbers and more significant fundraising efforts,’ says Johns.

As part of its work, the ACNC also examined charities’ donations to political parties or candidates last year.

It found 23 registered charities had declared donations to political parties or candidates and is now examining whether these charities are at risk of having a disqualifying purpose and that the charitable funds were being applied to solely advance the charity’s purpose.

In 2017, the ACNC also partnered with the Australian Transaction Reports and Analysis Centre (AUSTRAC), in collaboration with the Australian Taxation Office and the Australian Criminal Intelligence Commission, to conduct a national risk assessment identifying the potential for money laundering and terrorism financing in Australia’s not-for-profit sector.

Johns says this assessment was the most comprehensive analysis of Australian government intelligence holdings and data sets in relation to Australia’s not-for-profit sector.

‘We also strengthened our connection with the private sector, working closely with AUSTRAC’s FINTEL Alliance, a world first public-private partnership that brings together 19 public and private sector organisations to combat money laundering and terrorism financing,’ he says.

‘Through the Alliance, we raised awareness of not-for-profit risks with Australia’s banking sector as well as improving information exchange with partner organisations.’