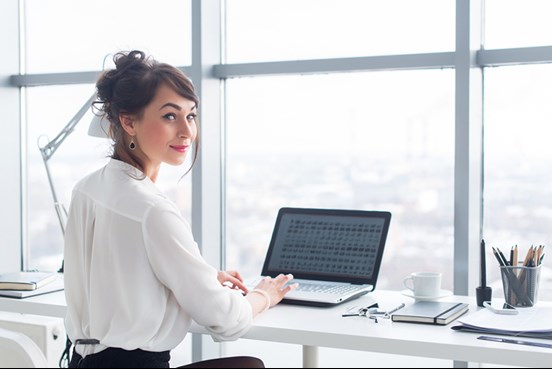 Today, leading organisations are being overhauled to better suit the needs of more women in the workforce and greater diversity, however progress is slow. Organisations taking the lead are gaining a competitive advantage.

That’s the response from Katrina North, the Asia Pacific Diversity and Inclusiveness Leader for EY, when asked why gender diversity is being embraced so slowly in the region despite the ever-growing business case for it.

‘Historically, organisations were just not designed to accommodate women in senior roles, in many organisations, those systemic biases that favour men continue’ she says.

‘There’s no judgement in that. If I was building an organisation today, I would build it to suit me too. In fact, that’s why there may be so much activity among female entrepreneurs. They are setting up businesses that work for them.

To improve, it’s critical that organisations look at the tone from the top, being clear about your purpose, set exceptions, role model inclusive leadership and looking at polices, process and artefacts to eliminate systemic basis and to set the foundation of an inclusive environment.

Tone from the top

It’s vital to start this journey with the purpose.  ‘For us it’s very clear. We do this to improve the services, insights and innovation we give to our clients, and to make life better for our people. Being really clear about the purpose makes it a much easier conversation.

‘It’s like having a guiding light. Once you know your purpose, you can focus your energy and strategy on the delivery of that purpose. Things become much clearer. It eliminates distraction and gives you really solid ground for having those challenging conversations we all have.’

‘The board is incredibly important in setting the agenda and expectations, asking to see the gender representation of the firm, reviewing succession slates for proportionate representation and setting and then monitoring gender pay targets are very clear and impactful signals from the board.

Equally important is modelling the outcome you want. The ability of the CEO and leadership to role model the expected behaviour is far more important than talking about it. ‘Leaders who walk the talk make the difference. They show the way, provide the right incentives and demonstrate the behaviours they expect.’

‘It’s crucial to build our skills and muscle at being more inclusive and managing diversity now, to have high performing teams in place, with better levels of productivity and client delivery, to help us navigate disruption and future changes in our workforce and to ensure the long-term sustainability of our businesses.’

‘We focus on inclusion and building inclusive leadership to harness the diversity that we have. There are many studies that show diversity for diversity’s stake is not helpful, you need a truly inclusive environment to harness the value of diversity. The workforce is only going to get more complicated. It’s becoming much more diverse in terms of where people work, how people work and what people work with us, and that’s before you even get into individual characteristics such as gender, thinking styles, disability, social economic background, sexual orientation and so on.

North has learnt over the years that leading inclusively is hard and yet, at the same time, so basic. ‘None of this is rocket science, you just have to actually do things differently. Some things are incredibly simple, but they are not always easy, and they require practice.’

Knowing who the women on your whole team are and then asking their managers how they are each going, on an individual and named bias, for example, asking 'how is Sue going and what engagements is she on' is a simple and very powerful question to Sue’s manager. It can be awkward the first time it’s asked because you haven’t done it before. The second time that you do it, it’s okay and by the third time, it’s pretty natural.

Guidance tops North’s list of effective strategies to change culture and behaviours. ‘We really focus on building inclusive leadership skills. That serves everyone well because these are essential skills and will become even more so as the workplace changes. As much as it sounds cliché, we help people get comfortable with being uncomfortable because often that is where you have to start. ‘

To help, North’s team focuses on providing coaching and forums to practice and being available for role playing. ‘It’s about supporting people to be successful and having a culture that allows this and is open to it,’ she says.

‘Historically, organisations were just not designed to accommodate women in senior roles, in many organisations, those systemic biases that favour men continue, so you just have to actually do some things differently”

She explains: ‘Let’s take recruitment, we know in our business that men typically tend to apply for positions earlier in the process than women. Women, tend to take longer before they apply, more towards the close date. So, if a recruiter has a whole lot of men applying early and they are good candidates, there’s a natural incentive for recruiter to close the long list quite quickly and not wait until the end of the application period. It’s not intentional, and subtle things like this do disadvantage women.’

Further along the recruitment line, North says US research published in the Harvard Business Review shows that if there’s only one woman on a shortlist, there’s statistically no chance she’ll be hired. When there are two women in the selection pool, the situation changes and the chances of a woman being hired jumps significantly. ‘That’s why we tell our recruiters to have as many women as they need on their long lists to have two or more women on their shortlists.’

Then there’s performance feedback. ‘We know that the words and the type of feedback men get is quite different to the feedback that women get,’ says North.

‘Men typically get more constructive feedback. It’s generally harder, more specific and more valuable from a career development perspective. Women, on the other hand, tend to get less precise feedback. It’s less coaching-orientated and delivered in a softer way. The way the message is delivered means it isn’t always clear if there’s a performance issue.

‘Men are addressed with more achievement-orientated words which are more commercial in nature. Women tend to be spoken about in terms of their contribution to the team, with more general words used.

‘Knowing all this, we ask our managers to evaluate on the same criteria. We say you have to stick to either performance or potential when you talk about our people. We don’t care which, as long as you are consistent.’

North adds that often the organisational environment favours men for informal networking, such as after work drinks, gym sessions, and so on, leading to subsequent sponsorship. ‘It happens intuitively. This is a well refined and honed skill. In our experience, men are sometimes uncomfortable about sponsoring women and people who are different to them. We partly understand this because we are asking someone to put their brand and reputation on the line to market someone else. We just find that men need some extra guidance to sponsor women and, more than anything else, practice in this.’

According to North, the use of data analytics is essential as it helps break down the issues so that you really get to understand them, and focus on the right things.

Within Talent and D&I circles, there is often discussion of “the leaky pipeline”. We’ve done some analysis and we are proud that we don’t have a leaky pipeline across Asia Pacific. We find that our senior female managers — that level before partnership — are more loyal, stay with the firm longer and perform well.  We see more movement with men at that rank.

‘That told us we had a top-up problem. We recruit more men at that level than we do women. We replace the women we lose with men. Because that’s the rank from which we pull our partners from, it can skew our promotion pipeline.’

Doing the analysis is important, North says: ‘We didn’t have to “fix” a leaky pipeline. We are working with the recruitment team and that’s a completely different investment and strategy.’

This year’s theme for International Women’s Day is #PressForProgress. This theme builds on the momentum of our work from prior years, asking us to push ahead with our commitments in order to advance gender parity globally. At EY we are calling on all people to help build a more inclusive, gender equal world — a better working world.