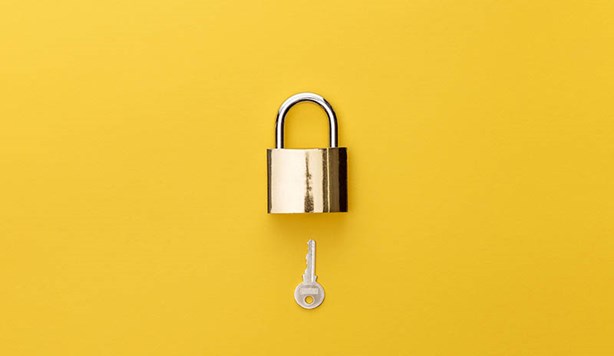 The Australian Stock Exchange (ASX) has made welcome changes to its rules around post-IPO lock-ups. But do they go far enough? While a strong regime benefits new investors and market integrity, is the position globally competitive? Do we risk losing IPOs to other jurisdictions?

If Australia’s regime is not globally competitive, we risk losing Australian companies and founders, and could struggle to attract overseas seed capitalists and pre-IPO investors.

What is post-IPO lock-up?

In the context of an initial public offering (IPO), post-IPO lock-ups prevent a holder of a security interest from dealing with their securities for a period of time following the company’s listing. In Australia, these are formally known as ‘restriction agreements’ or more colloquially as ‘escrow’. The rationale is to prevent founders and other key shareholders, who may have acquired their stake at a lower valuation than IPO participants, from exiting as shareholders straight after the IPO.

ASX applies (and enforces) mandatory restriction requirements on deemed ‘restricted securities’. Mandatory restriction may also be supplemented by voluntary escrow, which may extend to additional securities or for different time periods. The term ‘voluntary’ is somewhat of a misnomer and the position is typically negotiated between the shareholders, company and the manager or underwriter of the IPO, having regard to market practices.

Under the mandatory regime, ASX has determined that for entities who are not listing under the ‘profits test’ or otherwise able to demonstrate a track record of profitability, specified categories of investors (primarily founders, seed capitalists, related parties and promoters) must have their securities restricted for a stipulated period of 12 or 24 months. This is moderated by a proportionate ‘cash formula’ which applies where shares have not been acquired at the same price as which they are offered under the IPO prospectus.

As noted above, voluntary escrow may also apply. These arrangements assist in demonstrating the restricted parties’ confidence in, and ongoing commitment to, the company. In its simplest form, voluntary escrow may be applied to the balance of a shareholder’s securities not covered by compulsory escrow and for an equivalent period. For example, if a shareholder has 75 per cent of their securities subject to compulsory escrow for 24 months, the balance of 25 per cent would be subject to the voluntary escrow. Alternative timing benchmarks may be negotiated as well, potentially referable to particular milestones, or release of audited financial results relevant to the IPO valuation or forecasts.

Restriction arrangements are effective because, as ASX confirms, they:

In short, potential IPO investors are afforded some protection that they are not going to be buying shares in a company where the founders and promoters will ‘dump and run’.

What changes have been made?

In December 2019, ASX implemented key changes to the Australian escrow regime, in particular Chapter 9 of the Listing Rules, including:

These changes have been of significant benefit, reducing the time, cost and complexity of securing signed restriction agreements. In some cases, this involved potentially hundreds of security holders and risked exposure to potential ‘greenmail’ tactics.

In August 2020, ASIC followed suit and announced welcome regulatory relief to reduce additional cost and administrative hurdles for companies undertaking an IPO by creating an exception to the takeover provisions set out in chapter 6 Corporations Act 2001.[ii] Previously, voluntary escrow arrangements could result in a company obtaining a deemed relevant interest in its own securities. Where that relevant interest exceeded 20 per cent, entities needed to seek individual relief from ASIC in respect of its voluntarily escrowed securities. The new ASIC Instrument relief means the relevant interests of the company, underwriter or lead manager pursuant to voluntary escrow arrangements in connection with an IPO may be disregarded for the purpose of the takeover provisions, provided certain conditions are met.

The reforms have had an impact in the reduction of red tape faced here in Australia.

ASX has identified specific categories of security holders to whom securities were issued well below market value and to whom mandatory escrow restrictions shall apply. These include:

The restrictions are not limited to these categories and it is important to remember that ASX has a discretion to apply escrow restrictions to anyone it deems appropriate to do so.

Does this adversely impact certain sectors?

More broadly, mandatory restrictions are imposed in relation to IPOs of early stage and other start-up or speculative businesses admitted under the assets test that do not have a track record of revenue or profitability acceptable to ASX. Early stage and pre-revenue businesses are particularly impacted by the relatively onerous escrow conditions. This means the compulsory escrow requirements are most likely to be an impediment to sectors such as:

How do we compare with other countries?

The reforms have had an impact in the reduction of red tape faced here in Australia. Our framework is still comparatively stringent on a global scale and there remains a significant disparity between Australia’s escrow rules and those of other leading financial markets. This is manifest in two aspects: the period of escrow and who it covers.

The following table outlines some of the key restrictions that apply to entities listing on the ASX as generally compared to other leading foreign exchanges:

ASX is to be congratulated for its reforms to the mandatory restriction regime. Clearly Australian entrepreneurs and advisers have become adept at navigating the regime. Increasingly however, global capital flows mean companies seeking to list have a range of options as to which exchange and jurisdiction they may seek to list in. Entrepreneurs who have experienced the relative simplicity and reduced impost of other jurisdictions may increasingly seek to IPO in other countries. Can the Australian regime be further simplified to maintain Australia’s reputation as a great market for IPOs?