BI cover and Covid-19: A favourable and important decision for insurers 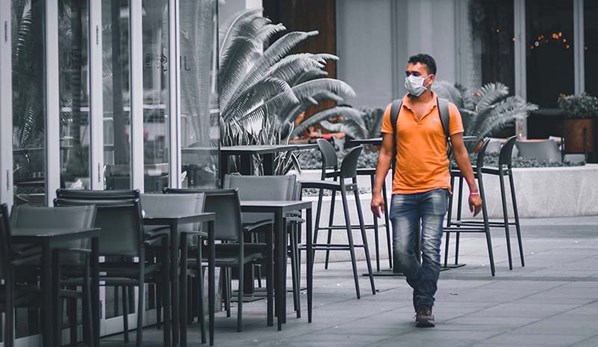 Much attention has been given to the COVID-19 Business Interruption insurance policy test cases in the NSW Court of Appeal (subject to appeal) and the UK Supreme Court — the outcomes of which were somewhat unexpected and unfavourable to insurers. However, given the discrete issues in those test cases, a recent Federal Court Full Court judgment in Rockment Pty Ltd t/a Vanilla Lounge v AAI Limited t/a Vero Insurance [2020] FCAFC 228 may be more significant and authoritative for insurers seeking to rely upon current pandemic exclusions. The Full Court unanimously held that the pandemic exclusion should be given a broad and wide operation to exclude cover where a clam arises from circumstances constituting an emergency as declared under the Biosecurity Act 2015 (Biosecurity Act).

The policyholder was the owner of a café restaurant in Victoria and had an insurance policy providing business interruption cover for loss or damage caused by specified ‘insured events’.

One of the specified insured events was ‘infectious disease, murder, suicide’ under which cover was provided for: ‘ … Loss or damage as a result of the closure or evacuation of the whole or part of the premises by order of a competent government, public or statutory authority as a result of: … (d) the outbreak of a notifiable human infectious or contagious disease occurring within a twenty (20) kilometre radius of the premises …’

Cover was however excluded for:  ‘… any claim that is directly or indirectly caused by or arises from, or is in consequence of or contributed by: … (b) … any biosecurity emergency or human biosecurity emergency declared under the Biosecurity Act 2015, its subsequent amendments or successor, irrespective of whether discovered at the premises or the breakout is elsewhere …’ (‘the Exclusion’).

On 16 March 2020 the Victorian Government declared a State of Emergency under the Public Health and Well-Being Act 2008 (Vic).

On 18 March 2020 the Commonwealth Government issued a declaration that a ‘human biosecurity emergency’ existed in Australia under s 475 Biosecurity Act based upon Coronavirus (COVID-19) being an infectious disease posing a severe and immediate threat to human health on a nationally significant scale. That declaration enlivened powers under the Biosecurity Act by which the Commonwealth Health Minister could impose restrictions on human activity, however there was no relevant exercise of these powers.

Subsequent to the Commonwealth declaration, a number of declarations were made by the Victorian Chief Health Officer under the Public Health Act which limited human activity across Victoria, and which limited the business operations of the policyholder such that it suffered a loss of gross profit.

On 14 April 2020 the policyholder notified the insurer of its claim under the policy for business interruption loss. On 4 May 2020 the insurer declined cover relying upon the Exclusion.

The policyholder issued proceedings in the Federal Court of Australia seeking cover under the policy for its losses resulting from the Victorian declarations. As part of those proceedings the court was requested to determine a ‘separate question’ as to the operation of the Exclusion, in advance of determining all other issues. The purpose of the separate question appears to have been to economically and expeditiously determine the outcome of the claim if the Exclusion applied. Further, the potential importance of the outcome of this question for other cases apparently justified the question being referred for determination by the Full Court, rather than a single judge.

The separate question the court was requested to answer was: ‘Is it sufficient to exclude coverage under [the Exclusion] … if the claim is for loss or damage that is directly or indirectly caused by or arises from, or is in consequence of, or contributed by a human disease specified in a declaration of a human biosecurity emergency under the Biosecurity Act 2015?’

The insurer’s primary submission was that the Exclusion was triggered as the claim was caused by ‘the existence of a listed human disease which formed the basis of a declaration of a human biosecurity emergency under the Biosecurity Act’. In the alternative, its secondary (and potentially broader) submission was that the Exclusion operated when ‘the claim was caused by the state of affairs which constituted the human biosecurity emergency which was declared under the Biosecurity Act’.

The policyholder contended that the Exclusion required the claim to have been caused by the ‘declaration’ of a human biosecurity emergency, such that the operation of the Exclusion was limited to excluding losses consequent upon the making of the declaration under the Biosecurity Act.

The Full Court (Besanko, Derrington and Colvin JJ) had difficulty determining the question as the manner in which it was framed was not entirely harmonious with its interpretation of the Exclusion. The court answered the question ‘no’, which was the answer sought by the policyholder (ie, the Exclusion did not operate in the circumstances described in the question). However, the court made clear that its construction of the Exclusion was largely consistent with the insurer’s secondary submission. That is, the answer was technically ‘no’ due to the problematic manner in which the question had been formulated.

In determining the operation of the Exclusion, the court noted the broad causal connection permitted by the use of the phrases ‘arises from’ and ‘in consequence of’, such that the nexus / connection could be remote. The question then was identifying the relevant ‘causal factor’ in the Exclusion.

On a ‘plain reading’ of the Exclusion, the court considered that the relevant cause of the claim needed to be ‘… an emergency which is identified as one which is declared under the Biosecurity Act …’ — which was not the primary position of either party.

The court then descended into more detailed consideration of the text and words used in the Exclusion, and arguments as to its ‘commercial purpose’ to interpret it.

In relation to textual considerations, the court considered that the relevant causal factor was an emergency which had been declared (being a qualification to the subject matter), rather than the ‘declaration’ itself. Further, it would be incongruous to limit the causal operation of the Exclusion to only Commonwealth declarations in circumstances where cover was also provided for actions taken by other governments and agencies (which may have exercised power for the same underlying reason or cause).

In considering the commercial purpose of the Exclusion, the court qualified this consideration by stating that ‘primary importance ought usually be given to the ordinary meaning of the words upon which the parties have agreed’ and that the ‘… commerciality of a particular construction is relevant only when the lack of commerciality is so pronounced that it will indicate some different construction must have been intended’. Ultimately the court was not influenced by the parties’ submissions as to the asserted ‘purpose’ of the policy (including the insurer’s contention that it was uncommercial to provide pandemic cover) given the limited evidence in support.

The court ultimately concluded that the Exclusion applied to: ‘… a claim which is consequent upon loss arising from a government ordered closure of the insured’s premises caused by the declared emergency …’. However, this conclusion diverged from the question the court was required to answer as to whether the Exclusion applied to a claim caused by the existence of a listed human disease as specified in a declaration. As ‘disease’ and ‘emergency’ were conceptually different, and ‘an emergency of a particular character’ was the relevant causal factor, the posed question was necessarily answered ‘no’.

The court otherwise observed that whether the Exclusion operated in a particular case involving a government imposed closure required examination of the causes for the closure. Where it occurred as a result of requirements under the Biosecurity Act following a declaration, it was likely that the causal connection would be easily satisfied. Where the closure was pursuant to the power of another authority, the position was less clear. However, given the Exclusion permitted a remote causal connection between the emergency and government action, it might be difficult for a policyholder to deny the causative impact of that government action after a declaration has been made.

Whilst the question determined by the court did not explicitly support the insurer’s broad interpretation of the Exclusion, it is clear that the court agreed with the insurer’s secondary (broader) submission that the relevant causal factor which caused the policyholder’s loss was the state of affairs which constituted the ‘human biosecurity emergency’, which was declared under the Biosecurity Act. As such, the interpretation of this exclusion by the Full Court (which is arguably as authoritative as the NSW Court of Appeal) suggests a very broad operation for pandemic exclusions — subject of course to adequate wording. This judgment will no doubt be welcomed by insurers given the industry’s stated intent not to provide pandemic insurance — and may ultimately be more relevant to their COVID-19 exposure given the ICA/AFCA test case relates to exclusions referencing repealed historic legislation.