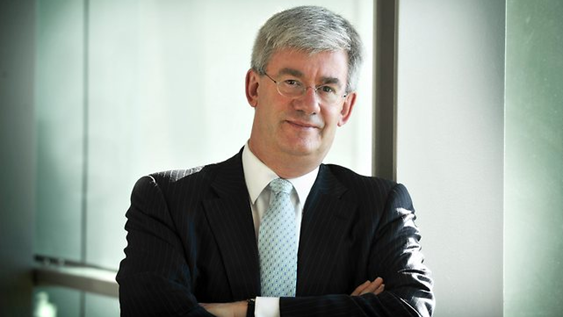 Eminent economist Saul Eslake says that although we may not be heading into the longest recession in Australia’s economic history, it is certainly going to be the sharpest that we’ve had since the Great Depression of the 1930s. ‘This is the first time that we’ve had a recession in thirty years. And that in turn probably means that there is almost no one under the age of 48 who has had any experience of a recession as a member of the workforce or as an adult. Australia has managed to set up some sort of a record for how long we had gone without having two or more consecutive quarters with negative growth in GDP.’ While negative growth rate in consecutive quarters is not the best definition of a recession according to Mr Eslake, he acknowledges that it is nonetheless the one that is most widely used.

The other momentous factor is that this recession has been brought on by very unusual circumstances. In Australia’s history, at least since the Second World War, every recession that we experienced has been brought on by tight monetary policy that’s been instituted. And nearly all of Australia’s recessions since the Second World War have occurred against the backdrop of a recession in the United States or a financial crisis or both. ‘But Australia entered this one with interest rates at record low levels. While there was some turbulence in financial markets, there wasn’t anything like what was seen 2008 during the global financial crisis. This was a recession brought on by the measures that governments deemed were necessary, acting on the advice of health experts to prevent the spread of the virus. In particular, to prevent it from overwhelming the capacity of the hospital system and killing potentially 50,000 to 150,000 Australians that some of the initial modelling suggested. So, in that sense this is a defining moment and a pretty momentous event the likes of which literally no one alive in Australia before today has seen.’

Mr Eslake’s preferred definition of recession is when the unemployment rate rises by 1.5 per cent or more in 12 months or less. He believes that is a more useful definition for two reasons. ‘Firstly, it works in developing economies as well as in developed economies. For example, China wouldn’t wait until it had two quarters of negative growth before authorities considered they were in a recession. But because they are a rapidly developing economy where productivity growth is much stronger than it is in most advanced economies, they would start to experience increasing unemployment, with a growth rate of anything less than 4 per cent. The same would be true of India or the Philippines or any number of emerging economies.’ The second reason Mr Eslake says is that 99 per cent of the population who aren’t economists wouldn’t know what two quarters of negative GDP growth looked like if they fell over it. ‘But most people are very conscious of what a significant growth in unemployment means for them personally or for people that they know. Unemployment figures are available monthly and with a much shorter time lag than quarterly GDP numbers. We won’t get official confirmation that we’ve had a second quarter of negative economic growth until the first week of September which is about 9 weeks after it happened.’

International organisations like the IMF have been relatively optimistic about Australia’s potential pace of recovery. The Reserve Bank of Australia (RBA) has also said that the downturn in the March and June quarters induced by the first lockdown that occurred across Australia, hasn’t had quite as severe economic consequences as had been forecast at the time. ‘And that is partly because Australia had more success initially in containing the spread of the virus, than had been expected when those forecasts were put together. And partly because things like JobKeeper were quite effective in limiting the downside for employment. However, the RBA has also said that the recovery is going to be more gradual than they previously thought partly because of the renewed imposition of the lockdown in Victoria. But also because they say, the weakness in demand is having more pervasive consequences for business investment and hiring decisions.’ Now even though the RBA has lowered its sights on the recovery a bit, Mr Eslake still believes international institutions like the IMF are probably correct in saying that the downturn in the Australian economy will be less sharp. And the recovery from that downturn will be a bit quicker than what they foresee for other comparable countries like the US, Canada or Europe or Japan.

And there are two broad reasons for that. Firstly, notwithstanding the horrific outbreak that has occurred in Victoria over the past few weeks, Australia’s experience with the managing the spread of the virus has still been much more successful than that of US, or Europe or a growing number of emerging economies Mr Eslake says. ‘We certainly can’t put ourselves in the same rank as countries like Taiwan, Thailand, Vietnam or South Korea or New Zealand. But we are still better placed than most of the other countries that we would normally compare ourselves with. Secondly, we’ve got more scope here to deploy discretionary fiscal policy both to cushion the downside and to underpin the recovery, than most other western economies have. Because notwithstanding the damage that was done to the government’s balance sheet during the financial crisis, we’ve still gone into this with our public finances in much better shape, with more of what the IMF calls fiscal space, than almost any other country. And so far we’ve used that.’

The measures that the federal and state governments have deployed since March to support households and businesses through the downturn in the economy ― have in aggregate been more generous relative to the size of Australia’s national income than in most other western economies. ‘It remains to be seen, what the government is going to do, with how they use the measures to support the recovery, and we will presumably hear more about that when the budget is brought down on the 6th of Oct. But as the IMF recently said, we’ve got more scope to use fiscal policy in that way than most other western nations. And we should. And perhaps as a minor factor, Australia’s economic ties with China ― assuming they are not completely derailed by the recent deterioration in political relations between us and China ― provide us with an advantage which many other countries don’t have.’

Going forward, it is important to shift the focus of policy support away from survival towards growth and rebuilding. And what that means is that instead of just simply providing income support or relieving businesses from responsibilities to pay rent, to pay interest on debt or to avoid trading while insolvent, governments need to accept that there are some businesses that won’t survive. ‘This is because of the way the post-COVID world is going to be different from the pre-COVID world. It is also because we need to allow factors of production such as labour and capital to migrate from low productivity firms to high productivity firms, and from low productivity industries to high productivity industries. Which has to happen if we are to achieve the sort of rates of productivity growth in the aggregate that we are going to need to achieve, in order to get our employment to where we want it to be.’

The government has foreshadowed possibility of bringing forward the income tax cuts that are legislated to take effect from 1 July 2022 and 1 July 2024. ‘I think the Treasurer is right when he says that doing that will put more money in people’s pockets. The reservation I have is whether the people into whose pockets that money is put will take it out and spend it in ways that help to create demand and jobs elsewhere in the economy. Or whether as history suggests they might be more inclined to save a chunk of it or use it to pay down debt. Which is perfectly rational from their view but is not necessarily the best thing for the economy as a whole. I am not advocating higher taxes or anything like that, and I understand the government’s desire for lower taxes in the long term. However, I think the more effective use of the same number of dollars that would be required to fund those tax cuts would be directing it more towards people who do not earn enough to pay income tax and are therefore more likely to spend what the government gives them.’

Mr Eslake suggests that the money could be provided through vouchers that can only be spent in areas that are likely to be subject to ongoing challenges such as most obviously tourism, but also perhaps the arts. Targeted infrastructure programs is another area where Mr Eslake says the government could focus its efforts. ‘I would also argue programs like social housing which not only meet what is a considerable need but also have a high labour content and don’t require the usual lot of inputs, can be spread widely across the country in contrast to big ticket infrastructure like toll roads or railways; and this can be instantly dialled up or down depending on how economic circumstances evolve.’

Saul Eslake is speaking at Governance Institute's Tasmanian Governance Forum and the National Conference on 7–8 December 2020.