In this month’s interview, Maureen McGrath FGIA of Scentre Group discusses holding their AGM in the midst of COVID-19 restrictions. 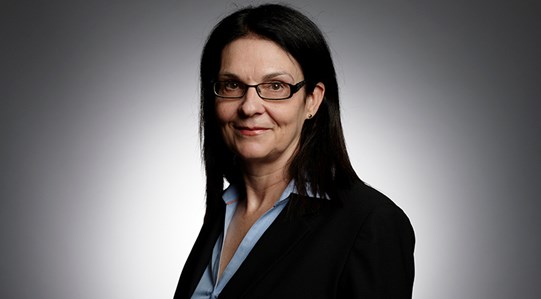 Will COVID-19 be the force that brings the annual general meeting (AGM) into the 21st century? Maureen McGrath, general counsel, compliance and secretariat at Scentre Group believes it could.

Her company has been among the first in Australia to hold what was effectively a virtual AGM.

‘I think the challenges faced through COVID-19 will bring about renewed focus on how AGMs are held in the future. For some years there has been talk about trying to get traction around the future of AGM formats and potential reform,’ she says.

‘The typical physical AGM is held in one state, but our securityholders live across the country and even across the globe. Hybrid or virtual AGMs can open up participation to a broader audience.’

Scentre Group, which has a financial year ending on 31 December, sent out its notice for its AGM on 28 February. The AGM was convened for 8 April 2020 and was originally meant to be held at the Wesley Conference Centre in Sydney.

‘We were riding the first wave with a very short period to get things done in a rapidly changing environment. There was no precedent,’ says McGrath.

‘No one could anticipate the impact of COVID-19 on the commercial environment and how quickly it would affect us all and change our lives,’ says McGrath.

Around 18 March, we had the 100 people restrictions and then on 29 March we went down to having indoor non-essential meetings restricted to two people.

In the interim, the Australian Securities and Investments Commission issued guidance on holding hybrid and virtual AGMs on 20 March.

‘But we had already begun turning our minds to what we may have to do before the 100 people restrictions.

‘Initially we had to plan for the contingency of having a virtual meeting as it was uncertain as to what different social isolation policies may be in place.’

McGrath and her team began looking at a combination of hybrid and virtual meetings and talking to Scentre Group’s suppliers and its registry Computershare about the best way to do that.

‘There were lots of discussions. Our chair was very involved from the beginning. He wanted the best method so that our securityholders could participate,’ she says.

In the end, the group settled for a combination of an online platform, through the Lumi AGM app and telephone lines, providing securityholders with the ability to vote, submit questions online or call in with questions.

‘The biggest challenge was getting used to the technology in a very short period of time,’ says McGrath.

‘I can’t underestimate the need to test and retest the technology and to test people’s thinking as to how to have the best outcome for securityholders. We went through a number of test scenarios including with the chair, the CEO and other board members and involving staff participating as securityholders.

‘The tests did throw up some very interesting issues in terms of how you facilitate participation. We ended up enabling securityholders to access the telephone lines through the Lumi AGM app.’

‘We made our supplemental announcement on 31 March about how the meeting would be held and we also published guidance on our website as to how securityholders could participate. The meeting was held in our boardroom with the chair, the CEO and a select number of executives present, seated around a large boardroom table adhering to physical distancing requirements. We also had our directors participating by phone or online.’

McGrath says it was an audio meeting, not a visual webcast, and with a minimum of slides. ‘It went for 29 minutes. Last year, our meeting was just over an hour,’ she says.

‘The length of the addresses was more succinct than before. We had previously released statements on our Outlook so the AGM was really more of an update.

‘We encouraged people to put their proxies in and to ask questions before hand. We did get a number of questions in the lead up to the AGM and the chair addressed these by theme in addition to providing securityholders with the opportunity to ask questions live.

‘Overall, I think the view was that it worked very well in the circumstances that we had. It achieved what we wanted, which was to allow securityholders to participate.’

Looking ahead, McGrath foresees some challenges coming up for company secretaries — for example, if the government eases social distancing to 100 or 150 people, how do you decide which people can come into a physical meeting?

Additionally, the cost and time effectiveness of a virtual AGM are compelling in an environment where securityholders are learning how to adapt to new engagement and participative technologies.

Our AGM has generated a lot of interest from other company secretaries and investor relations teams with whom I had several discussions about the both the challenges and benefits of conducting AGMs in a virtual environment.

It will be very interesting to see how other companies adapt. We are also very interested in contributing what we learnt from holding an AGM in the “virtual” environment to any future conversations on reforming AGM formats.’