Interview with Julia Banks – Your people have to be your priority 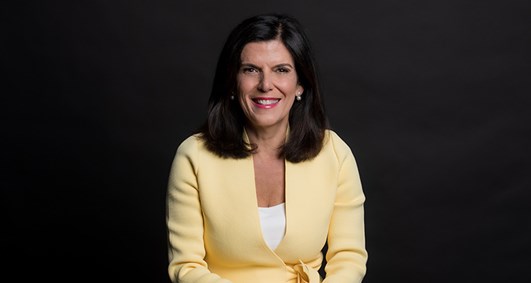 In her speech to the Federal Parliament of Australia when she became an Independent MP, Julia Banks said ‘The hallmark characteristics of Australian women are resilience and a strong, authentic, independent spirit. Across both major parties, the level of regard and respect for women in politics is years behind the business world.’

Ms Banks then spoke of how her life, from a humble and hardworking migrant heritage, had been spent mostly in the business world and not within politics. Her life in business is a remarkable one where she led teams through some of the most significant external threats and crises faced by her organisations.

Ms Banks started as a lawyer in private practice whose interest in compliance and governance drew her to a stellar career as corporate general counsel, head of corporate affairs, executive director and company secretary for some of the largest blue-chip companies. Among them Kraft, GlaxoSmithKline and George Weston Foods.

Her time in the corporate sector was during a period of heightened focus on compliance and governance. It also coincided with a company that she worked for at the time, an international food and beverage major, experiencing what remains the largest product recall in Australian history.  ‘We were headline news in mainstream media and current affairs shows for two weeks straight. It was a massive crisis. And triggered the first class action of its type’. She was thrown into the deep end of that crisis as one of the company’s two spokespersons, the other being the CEO.

'During the crisis there will be a lot of people who challenge your decisions.

What struck her then was how the company’s actions in immediately recalling the product from across the country and openly communicating with consumers and stakeholders strengthened the trust and reputation of the brand. ‘The response we got from a market survey we did during the recall period and until we were back on the shelf was, “You’ve made a mistake, but we trust you because of the actions you have taken.” And some five months later when we re-launched the product, our market share went up.’ The key was communication, communication, communication, says Ms Banks. ‘We kept the communication visible, timely, open, regular and honest. And I think that is the critical thing in any crisis. I would say to any leader, never underestimate the power of truth. If you feel you have made the right decision based on the facts, then that gives you the courage to communicate it.’

Courage, as well as instinctive and intuitive leadership, will be the game-changer for business leaders as they deal with the COVID-19 pandemic and they find themselves making tough decisions that affect their workforce, their customers and stakeholders. ‘During the crisis there will be a lot of people who challenge your decisions. And you have to be highly visible and communicate decisions that you made, which will affect a lot of people in real-time, as we saw earlier with the bushfire crisis and are now seeing with this pandemic.’

Authenticity and clear and truthful communication are required when you are making these tough decisions. ‘I have sat in meetings where there are people who say, "I don't want to reveal any numbers or the real numbers to the external stakeholders now." But people will ask the questions. Are there 20 people affected or 200? If you do not communicate the truth, the facts or the expert evidence at the time, if you don’t give a real number, they will make it up. Then it will become a rumour. That creates fear and a loss of trust and reputation. There is no room for mixed messages, marketing or PR spin during a crisis. People will see right through it. So, you’ve just got to have clear lines of communication and be honest with people.’

Ms Banks has led executive crisis teams through many major external threats that either directly or indirectly affected the organisation she was working for at the time including the Christchurch earthquake, 9/11 and the 2009 H1N1 swine flu pandemic.

In 2009 when the WHO declared the H1N1 swine flu pandemic Ms Banks’ organisation was in a unique situation as one of the world's leading manufacturers of the anti-viral medication. ‘For most companies at the time, decisions were made to suspend international travel for employees etc. We, of course, managed similar issues but we also had the additional enormous responsibility and complexity of manufacturing the supplies and meeting the demand of this much-needed medication which had to be shipped all around the world.’ Thinking back on that time, Ms Banks says that the complexity of issues such as the COVID-19 will affect different organisations in different ways. ‘A key factor in managing well through the level of complexity for different organisations is being clear on individual leaders’ role and responsibility in the management of the crisis as it uniquely impacts their organisation.’

After her experiences leading teams through such crises and issues management, and in the context of the bushfires and COVID-19 crisis Ms Banks has developed a model, which she refers to as the PACCSSA Model. It is a model that takes into account dealing with internal and external stakeholders, including employees, shareholders, consumers, customers, regulatory authorities, the media and governments both across Australia and internationally.  ‘PACCSSA stands for preparedness, authenticity, communication, courage, speed, stakeholder engagement and aftermath review.’ These attributes, Ms Banks says, embodies the key features in a framework to implement or harness best practice crisis management. ‘Building them into your strategic business plan will ensure business continuity and reputational maintenance, and demonstrate confidence and strength in your ability to navigate through the crisis. A crisis is a real test of authentic, courageous leadership where trust and mutual respect must prevail for all involved.’

When an organisation is hit by a significant external threat like such as this, where does the board step in? Is there a change to their terms of engagement? Ms Banks feels that this is when boards trust the executive to make the right decisions. 'Their role is not to step into the frontline but to provide support based on trust and respect without being the voice that complicates decision-making or communication channels. And with the understanding that you have to make quick decisions in response to an extraordinary threat or crisis. There also needs to be an understanding that in crisis management, perfection is the enemy of good. You don’t usually have the ‘gift of time’; you often have to act with speed.’ Ms Banks says there is great value in then sitting down together in the aftermath of the crisis to look back and assess what went right and most importantly to understand, unpack and learn from what could have been done differently. ‘As Winston Churchill said, never waste a good crisis.’

COVID-19 will be a catalyst for fundamental changes in workplace models.

In terms of the impact on organisations, COVID-19 will be a catalyst for fundamental changes in workplace models. ‘It has forced upon us changes which a lot of organisations should be but aren’t prepared for — remote and flexible working models. They do not have the system or the capability, and yet they need it. I am hoping this crisis will normalise flexible working.’ The culture and ethics that run through the organisation are central to the success of this shift. Because with a strong culture, your staff can work remotely and you know they are still putting in the same effort and focus as they would in the office. ‘Another part of this trust in your employees is that they are the voice of your organisation. They talk to their family, to their friends and colleagues and potentially a hundred other people. And that goes back to the trust and reputation in your brand which stands you in good stead in a crisis of this proportion.’

When this is over, you still need to have the clarity of the organisation’s long-term mission and strategy. ‘You have to keep an equal focus on managing the crisis and business continuity. And that then means focusing on your employees for the sake of your future. Yes, your brand and reputation are assets. But employees are your key asset. Your people have to be your priority.’

‘There is something unique about the COVID-19 pandemic. I believe it will cause a big change in workplace culture. In a good way. Because crisis brings to the fore the quiet strengths you never knew your colleagues had. It taps into their humanity. An executive director who joined our organisation in the aftermath of a crisis said to me he felt almost envious that he was not part of the leadership team that managed that crisis as we were all so close-knit in the aftermath. Crisis brings people together. And that is a good thing.'

Julia Banks will deliver a keynote address at the Virtual Governance and Risk Forum on 11 and 12 May 2020.