We talk to the founder and chief executive officer of Outland Denim on how he led a modern jeans revolution. James Bartle will be speaking in the Young Leaders Panel at Governance Institute of Australia’s virtual National Conference 2020 on 8 December. 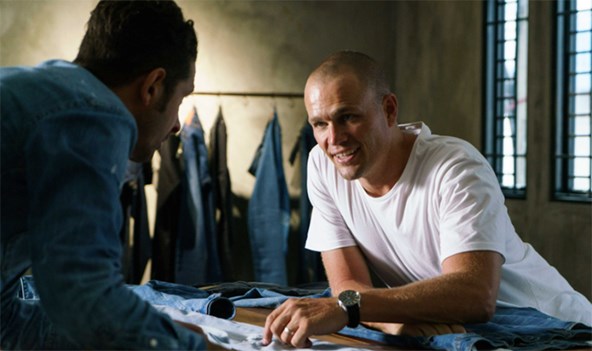 Fashion brands are increasingly called on by enlightened customers to demonstrate that their products are ethically sourced and made, do not exploit labour and that the production method and the product are sustainable for the planet. Among the brands that have grown in stature because of their ethical make and mission is the Australian jeans brand Outland Denim.

The Outland Denim story started when James Bartle the founder and chief executive officer, watched Liam Neeson’s blockbuster film Taken, back in 2008. Unlike Neeson’s character who mounts a heroic rescue of his daughter from a human trafficking ring within 96 hours of being kidnapped, James Bartle’s real life campaign to rescue girls and women who might otherwise have ended up being trafficked, has been longer in the making.

‘I was gobsmacked after watching Taken. I could not believe what was happening. It made me research human trafficking to learn more about it and what was being done about it. The more you read, the more horrified you become about the scale of the problem.’

To combat human trafficking we must address the underlying economic problem.

Soon, James had an opportunity to travel to Asia with the rescue agency Destiny Rescue. While there he saw a young girl for sale on the street. ‘That was a life changing moment. The little girl was probably just 12 or 13 years old. She looked so fearful and intimidated. The representative from the rescue agency who had taken me around to show me the reality, said it was probably the first night this had happened to this girl because she looked petrified.’

Learning that these traffickers were everywhere and knowing that there was not much he could do without addressing the economic problem that led these young girls and women into this trap was confronting. James was committed and motivated from that moment on to see how he could provide an opportunity for the young girls and women, to make a safe and productive life for themselves. ‘I knew right then that I wanted to be a part of the solution. Ultimately, you’d like to be the guy that kicked the door down and rescued them. But you come to a realisation that we need a much bigger and broader solution beyond the rescue.’ Thus, Outland Denim was born.

’What I wanted to do was to work towards creating more sustainable futures for these people. To be able to empower them through education. To give them the tools and support they need to make good choices, and use the practical skills they have learnt to create safe and productive futures for themselves and their families.’  Outland Denim’s Cambodian seamstresses are offered a multiple courses and training alongside their employment for which they are all paid a living wage. This includes English lessons, finance, woman and infant’s health and other personal growth classes.

Equally remarkable is Outland Denim’s commitment to sustainable sourcing and manufacturing. Jeans are made for most part with cotton. Cotton is a thirsty crop. It takes over 20,000 litres of water to grow just one kilogram of cotton. A kilogram can produce one pair of jeans or a single t-shirt. In the case of jeans, the production process and the dyeing that is just as thirsty. When you consider that half of all clothing globally is made of cotton, the scale of impact is enormous. The use of pesticides on cotton is among the highest for crops globally. Outland Denim’s production philosophy is based on re-thinking denim. They use organic cotton and vegetable dyes and have worked hard to modify production processes. They also source with absolute care to ensure that no one along the supply chain, right back to the farmers, has been disadvantaged or exploited. Much global recognition has flowed in for James and the brand for ethical production and for the work they are doing in Cambodia.

We can be competitive on our social and environmental practices.

The younger generation of customers as well as investors have become more discerning and thoughtful in choosing the organisations whose products they buy or invest in. They want to know the purpose and the values by which the brand or organisation is run says James.

‘Life has been so fast paced through the industrial revolution. We went out into the world thinking or expecting that of course everybody would be treated the right way within a supply chain. But unfortunately, as time went on and we started measuring only the one measure of a business — the economic one — we ignored the social and environmental measures. Now things are moving the other way because the younger generation is taking a closer look and saying — this doesn’t make any sense; it doesn’t align with my values.’ And that James believes is why businesses like Outland Denim can be successful.

Governance along widely dispersed and diverse supply chains however is always a challenge. ‘It is very clear that as things became more competitive businesses were pushing boundaries to cut prices and supply chains became flawed. What we are now realising is that we can be competitive on more than just price. We can be competitive on our social and environmental practices. Price may not be on the top of the list of buyers’ considerations anymore. Look at the spending behaviour of the younger generations.’ Once upon a time they were buying based on brand name. But now young customers are looking at the production experience or the ethical values the product represents.

The fashion industry is highly susceptible to inequalities along the supply chain. Modern slavery is a blight. The supply chain remains vulnerable in where and how material is sourced, where products are manufactured, whether people are paid fair wages, how the factories are governed and managed, whether there is child labour. ‘Brands may see themselves as having done their bit by simply demanding that everyone along the supply chain hold true to sustainable standards. But they are not prepared to pay any more to make that happen. If you want to pay people living wages it costs more. If you want to give the people in these overseas manufacturing centres the benefits and working conditions that you and I get to enjoy, then it costs more. So, unless you are prepared to pay to make the change, just demanding it does nothing. Put your money where your mouth is. If you are not prepared to do that, then you are not a part of the change, you are part of the problem.’

Alongside this new generation of consumers is a new generation of leaders and entrepreneurs likes James, who are putting deep thought into the purpose and values by which their businesses exist and operate.  We have more and more fashion brands wanting to be competitive when judged on social or environmental values. But there is a negative side to this James warns. Because brands and organisations that do not really have social or environmental strategies in place, often resort to greenwashing. This then causes customers to become disenfranchised with the sustainable fashion movement.

‘The greenwashing movement is counterproductive to creating any change. Because greenwashing deceives customers into believing they are part of the solution, when they are in fact part of a problem. And this is because of the greenwashed advertising that goes out. Many brands for instance go out with advertising that claims 95 per cent less water use per jeans. And someone who is not educated enough about the processes then believes this means 95 per cent less water use for the whole production process of this pair of jeans. There is nothing accurate about that. What they are in fact talking about is 95 per cent less water usage in one of the processes.’ That kind of manipulative advertising and marketing, James says, is causing massive setbacks and slows down the process that is needed to drive real change in the industry.

To lead you have to serve

James Bartle did not start out in fashion. He was a freestyle motocross bike rider (FMX) who also had a metal fabrication business. ‘I did not know a whole lot about the fashion business. I just knew that it was an industry that was growing in Cambodia. I could see clearly how we could have an impact on these people’s lives by using the industry. How we could train them and make products that people wanted and sell them in the Western markets. And then use the profits to build and expand to employ more people.’

It’s been an extremely challenging enterprise to undertake. Cash flow was a huge problem. The setting up of the manufacturing centre in Cambodia was complex. Learning how to communicate given the cultural differences between the Australian management and the Cambodian seamstresses and line managers, the governance in Cambodia, each of these posed its own issues. ‘How do we make sure that everyone is being benefitted? That we had really strong leadership. All of this was challenging. But, I guess I looked at those things as a huge opportunity; that if we could find a method or a solution that worked, then we really had something that had legs. Something we could use to create the change that we dreamed about seeing.’

James is a big believer in the maxim that to lead you have to serve. That is not easy to do and James admits that he too fails at it a lot. ‘Culturally, leadership looks different in many parts of the world from what we have in Australia. But when you think about a common factor everywhere that makes it work, then it is that to lead you must serve. To have people follow along with you, to come with you on the journey, they need to know you care for them. If they do not know that, it is very hard to engage on a deeper and meaningful level with those whom you work with.’

Outland Denim’s global reach is as yet modest but it is growing. Australia is its largest market. US, New Zealand, Singapore are some of the countries where they are gaining traction. For James, that traction is as much about growing the business as it is about growing the impact of the social enterprise values by which Outland Denim lives. The change that its current footprint has already brought to their staff and their communities in Cambodia is considerable. ‘We want to use the power of consumers to create the kinds of opportunities that we have already created with a small team in a community. We want to escalate that impact by engaging retailers and consumers across every continent.’

James Bartle will be speaking in the Young Leaders Panel at Governance Institute of Australia’s virtual National Conference 2020 on 8 December.