Executive accountability on the agenda 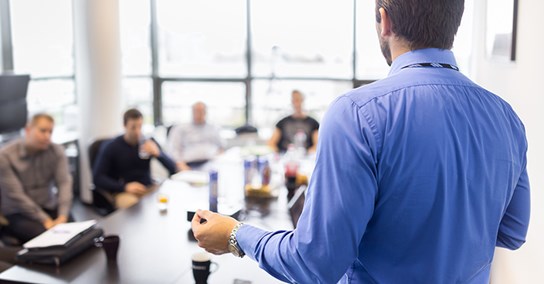 The power of shareholder engagement and advocacy in enforcing executive accountability for corporate governance controversies in Australia has never been more obvious. It has recently become apparent that in the absence of meaningful and immediate consequences for key corporate decision makers, the application of public relations tactics or independent reviews alone are proving insufficient and unsuccessful in preserving corporate reputation. In a time when a corporation’s social licence to operate remains open to scrutiny under an expanding list of potential governance-related externalities, renewed pressure is being felt within the boardroom to act quicker, more decisively and less compassionately in determining the culpability of individual senior executives.

There have been varying recent examples of social governance controversies of which instances of employee bullying and/or harassment have featured. In one instance the board immediately sought to dismiss sexual harassment allegations against a lead executive amidst promoting the executive in question to one of the most senior positions in the company. In another example the board refused to detail the particulars of employee allegations against the CEO in the wake of the CEO’s forced departure, leaving shareholders frustrated in its apparent lack of transparency on the matter. For another company, a track record in bullying behaviour on behalf of the CEO had been ignored and summarily brushed off by the chair in a profoundly tone-deaf statement, ‘all strong leaders have detractors’.

It is a cornerstone of socially responsible investment to leverage the significant engagement access institutional investors have to boards and senior executives that is uniquely characteristic of the Australian corporate landscape and exists beyond the statutory rights of shareholders. In light of these recent examples of poor corporate culture, shareholders are increasingly motivated to engage directly with boards to obtain deeper insights on how a company considers its business ethics, and to also advocate for improved practice and monitoring.

It is the generational shift in preferences of the clients of large asset managers such as superannuation funds and international index investment strategies that continues to drive a requirement for investors to demonstrate meaningful activities in responsible ownership.

It is the generational shift in preferences of the clients of large asset managers such as superannuation funds and international index investment strategies that continues to drive a requirement for investors to demonstrate meaningful activities in responsible ownership. To meet the growing demand that is driving ESG integration into mainstream investment products, institutional shareholders are requiring that their investee companies exemplify activities that promote ethical principles. Those board directors that instinctively move to defend management or refute the perspectives of shareholders regarding corporate culture controversies are quickly finding that their resistance to meeting these demands has become futile.

As a result of ESG integration there is now considerably more emphasis and scrutiny being applied by shareholders on non-financial assets, and particularly human capital, which has traditionally been of lesser importance relative to the weighting applied towards financial assets. Sophisticated investors are aware that not all labour is equal and as a result, investing in the quality of human capital by investing in employees creates economic value that contributes to enhanced profitability (the return on investment approach is commonly applied to determine the intangible value created through investments in human capital). The inverse is also true.

The value ascribed to human capital is not merely the sum of academics, skills and experience. Investment value is created (or diminished) on the back of a company’s reputation to attract the best talent possible, or the loyalty and commitment of its employees. Where a company name is tarnished to the point where its principles and integrity do not align with that of prospective top talent, or a business experiences repeat staff turnover amongst its key management personnel, financial consequences inevitably ensue. The intangible suddenly becomes tangible.

The challenge remains the ability for a company to effectively communicate to shareholders a meaningful measurement of performance in advancing ethical practices and improving corporate culture. With only a handful of exceptions, the general quality of disclosure around corporate culture for Australian-listed companies remains meaninglessly boilerplate or is simply absent of consideration. Without verifiable disclosure, shareholders are left no option but to raise any grievances around conduct and culture directly with the company board. Where there is a perception that such concerns are not being adequately addressed through direct company engagement, the activist tendencies of institutional shareholders are triggered.

In context of the challenges in validating the quality of corporate culture and to demonstrate positive change Australian boards have chosen to take some action. Ranging from the hiring of external culture consultants, to establishing board discussion groups, to reviewing whistleblowing and reporting policies, and reducing or withdrawing variable remuneration entitlements for the accused, some investors may reasonably view the lasting impact of these responses with skepticism.

However, not all companies have taken a whiffle-bat approach. Some senior executives either directly accountable or reasonably perceived to bear responsibility have been terminated, some swiftly whilst others somewhat belatedly. Establishing a precedent whereby a CEO or other lead executive is swiftly removed in the face of a workplace controversy, irrespective of their individual performance, can be reasonably expected to be relied upon going forward. As more Australian companies inevitably face similar controversies it has been clearly established that institutional shareholders no longer have an appetite to tolerate the status quo.

Michael Chandler can be contacted by email at mchandler@sovereigngovernance.com.au.