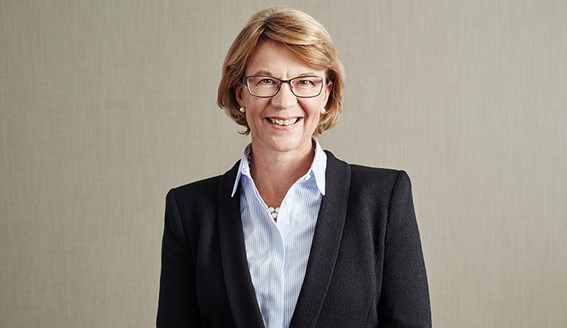 In the 15 years since Alison Watkins, Group Managing Director, Coca Cola Amatil, joined her first listed company board, she has worked with around 50 different non-executive directors (NEDs), six chairs and four chief executive officers (CEOs), as well as holding that position twice herself. That’s not to mention the eight company secretaries she has worked with and numerous unlisted boards she has been involved in. Suffice to say, if anyone can reflect on how boards and leadership function as social systems, Ms Watkins can.

The idea of effective boards as robust social systems is not a new one. For some time now, governance researchers have talked about how the best boards do not just follow good governance guides or merely act as overseers of regulatory compliance. What distinguishes them is how they work as a group with mutual respect and trust, and a willingness to challenge, while maintaining strong individual accountability and effective engagement with management on the critical issues for the organisation.

‘I never really thought of these experiences as social systems. However, when I reflect, each of these organisations were quite distinct social systems and they changed. They were heavily influenced by the industry, the leadership and style of the chair and CEO, the personalities and motivations of the directors, as well as company performance and the external environment.’ Ms Watkins says she found it instructive to think about how one might judge the success or otherwise of a particular board and leadership team and thereby its social system.

‘Reflecting on my experience, I’ve identified five common themes of a well-functioning board and management team, as follows:

However, before considering these themes, Ms Watkins advises assessing whether the company’s social system is performing or not. She believes that the best indicator for that is identifying whether or not the company is achieving its purpose. ‘At Coca Cola Amatil we think about our purpose as creating millions of moments of happiness for our customers, consumers, partners, people and communities and doing this in a way that creates long-term value for our shareholders.’

While it is the shareholders who appoint and hold boards to account, boards can only succeed by working successfully with all relevant stakeholders. ‘At Coca-Cola Amatil, for example, we know consumers and customers want to consume less sugar and want more choice in their beverages. We want our people to feel proud of our products and less sugar matters to them too. It also matters to our societies as a contributor to solving obesity and that is something governments care about. So, we work hard to make this happen. And while there are lots of stakeholders who will benefit, it is entirely consistent with the interests of our shareholders. If we didn’t change, our sales would decline and the case, for example, for regulation such as a sugar tax would be stronger.’

Hyper-alignment between the board and management

Ms Atkins puts absolute hyper-alignment between the board and management at the top of her list of key themes for a successfully functioning social system. Alignment on the purpose, strategy and targets for the company and their relevance to what will be done during the year. Alignment is not only about outcomes; it is also about routines and processes. Making sure there is explicit consideration of, and no misunderstandings about, how the board will operate and then deliver. ‘How much pre-reading is being done? When and how often do we discuss strategy? How often do we do site visits? How do we make sure the board’s behaviours support what we’re trying to achieve? For example: their own safety behaviours, their attitudes to cost, the growth mindset they display through their questions.’

The second theme Ms Watkins lays out is trust and mutual respect. This starts with the chair and CEO, who set the tone. As a CEO herself, Ms Watkins has experienced chairs with different styles. What was important to her was to understand what was important for them. Reflecting on this, Ms Watkins lists a series of questions that underlay this understanding and become the basis for establishing trust and respect. Many of them are practical questions to be addressed in order to establish the foundation of trust between the chair and the CEO. For example, do they like to meet regularly? Which issues do they want to engage with and for how long? How structured or formal do they like to be? Should you create an environment where they are free to meet with members of your team? If so, how can this be achieved in a manner that does not backfire? How do you make sure the chair doesn’t read bad news in the paper first, or if they do, that they hear quickly from the CEO afterwards?

‘How does the CEO create an environment where management teams and NEDs assume good intent, stay fact-based, engage in idea-conflict rather than social conflict and avoid bad behaviours – like generalisations, overreliance on anecdotes and “piling on” behaviour in the boardroom? With this foundation in place, it then comes down to trust in each other’s ability to make and execute decisions and not second-guess. Being authentic, honest, and forthright (applicable to both roles) allows trust to flourish.’

Reflective and able to learn

‘My third ingredient is being reflective and able to learn’, says Ms Watkins. ‘As executives, we tend to get a lot of feedback. We are used to performance reviews and appraisals. We may still brace, but we know they come with the territory and we know we can learn.’ There is no doubt though that a board collectively and as individuals can benefit from some feedback, Ms Watkins says. ‘The director, who is unprepared, needs to hear this. The director who regularly steps over the line between board and management needs to have this called out. Directors need to be aware of the multiplier effect of their distraction in the boardroom, their throwaway line, their innocuous question. Directors, like the rest of us, have blind spots and creating a climate where feedback is sought, provided and acted upon really helps the social system get into a continuous improvement virtuous cycle.’ This is partly about formal board review processes, but equally about informal routines, with a tone set by the chair. A chair who not only asks and gives director feedback, but who also asks for, and gives, management feedback. Most directors want to do a good job, Ms Watkins says. They want to enhance their reputation, to be in good standing, to contribute, to understand how to calibrate their interventions.

Creating a climate where feedback is sought, provided and acted upon really helps the social system get into a continuous improvement virtuous cycke

The fourth element Ms Watkins lays out is how well, as a social system, boards and leadership handle stress-events. The recent Royal Commission into Misconduct in the Banking, Superannuation and Financial Services Industry brought forth many high-profile stress-events, as did disasters like Samarco for BHP or Dreamworld for Ardent Leisure. Stress-events can also come in the form of uninvited takeover interest, such as that experienced by Ms Watkins at GrainCorp. Alternatively, a stress-event could occur when the company is not achieving its forecasts and needs to downgrade earnings, or an acquisition turns into an impairment discussion, a class action or a strike against the remuneration report. It might be an activist or a CEO scandal. ‘No company is immune. The real test of the strength of the social system is under this kind of adversity. All of them are different and I have experienced several. The things that really made a difference were the chairman stepping up his/her cadence and being prepared to roll their sleeves up and commit a lot of extra time vs giving the impression it was over and above the time they were willing to give. It was about the whole board being marshalled and available at the right tempo, or for there to be clear understanding on what authority is delegated to a subcommittee. It was about the chairman and other directors not trying to be the expert, being willing to show they did not have all the answers, rather focusing on making sure we had a good process and advice.’ What is needed, Ms Watkins says, is a selflessness from directors and executives, lifting and inspiring each other by putting the company and its people first, demonstrating care and concern for the people involved, acknowledging the impact on their personal lives.

‘I don’t think we prepare our boards and new directors particularly well for the stress-events and indeed they are all unique, but it should not be unexpected that something will occur. Simulations, such as some boards would do for a takeover situation, are very helpful and could perhaps be usefully extended to other scenarios, particularly where disclosure requirements need to be considered.’

The board and society

Ms Watkins calls the relationship an entity has with society its social contract, noting that being a socially responsible entity is not tangential to business, but fundamental to it. Reinforcing her earlier comment that a board can only succeed for shareholders by working successfully with all relevant stakeholders, she says: ‘I’ve found that the boards I’ve worked with that are alert to the long-term impact of social issues and are in constant dialogue with their stakeholders, and act responsibly and not with the mentality of mere legal compliance, have a competitive advantage. Acting responsibly as a corporate (just as it does for you and I) generates trust, loyalty and goodwill among customers, employees, business partners, the community, media and regulators. Corporate irresponsibility, on the other hand, can result in disapproval and suspicion, public criticism, damage to customer loyalty, loss of brand equity and a tarnished corporate reputation.’

Being a socially responsible entity is not tangential to business, but fundamental to it

The role of the company secretary

Ms Watkins believes the company secretary plays an influential role in ensuring a strong social system for boards and executive teams, given the privileged relationship they have with the chair and directors, as well as the leadership team. Beyond the value company secretaries bring to keeping the entity compliant and organised, Ms Watkins points to the massive and so far, unrated opportunity for the company secretary to contribute directly to the social system. She urges company secretaries to explore this opportunity, to recalibrate and to define their own impact on improving the company’s social systems. This, she says, includes understanding how well aligned the board and leadership team are and whether the board meeting agendas and reporting support regular calibration. ‘You need to liaise with all levels and types of stakeholders, and should be “Switzerland” – ie, be fair and stay neutral in all situations. You need to be curious and really put on the “director hat” when working with management on reporting to the board. Because you are excellently placed to identify what the board will want to know and so can guide management to ensure this is proactively addressed in the reporting.’

Ultimately, Ms Watkins says, the chair and CEO are responsible for the success of the entity; however, company secretaries must challenge themselves on whether they have played their part. ‘Are you winning the trust and confidence of your chairman and CEO to be able to influence [them]? Can you reframe yourself as a coach and adviser to the board, as well as a safeguard? There has never been a greater opportunity.’