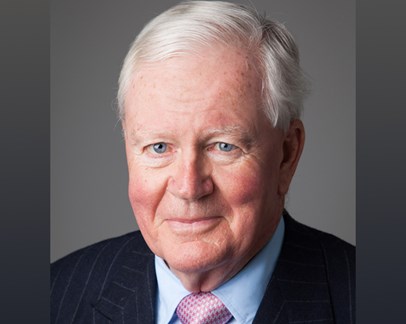 Boards must maintain a healthy scepticism and the ability to challenge especially during the good times.

London City Grandee, Sir Winfried Bischoff has spent 50 years in the financial services sector — a half-century that built his legend. Although he says ‘I don’t know whether I am a legend or not. But I will take it!’

Born in Aachen, Germany and educated in South Africa, Sir Win started his career in Chase Manhattan New York in 1962, before joining Schroders in 1964. Nearly 20 years later he became CEO of Schroders and then chair in 1995. He led the sale of its investment banking arm to Citigroup in 2000, staying on as chair of Citigroup Europe. He was knighted that year for his services to the sector. His stint at Citigroup included a brief time as interim CEO in New York in 2007 and before continuing as chair there. He left to take over as chair of Lloyds Banking Group in 2009, retiring in 2014; then becoming chair of the UK audit regulator the Financial Reporting Council.

In a career that saw him leading some of the biggest institutions in the sector, Sir Win has had many remarkable achievements. However, if you ask him what the most memorable among them were, he instead chooses to reflect on the most challenging ones. Because, as Winston Churchill once said, he believes that ‘you never let a good crisis go to waste’.

‘For me, memorable moments are when the company is in trouble and you are having to contribute to get it out of trouble; or when you have to take big strategic decisions. All chairs at some time or the other have had to deal with that kind of challenge’, he says.

Sir Win is currently chair of JP Morgan Securities plc and a member of the International Advisory Board of Akbank TAS, Turkey. Since 1983, he has served on multiple boards in Europe and the US including that of S&P Global, Eli Lilly and Company, Land Securities and Prudential.

The first thing that he looks at when asked to join a board as chair or a director is the business model of the company. ‘Many would say it is “people” first. But no. I believe it is business model first. Do I like it? Do I think it is going to work? Does it make sense? Can I contribute to that business model? If the answer to any of those questions is no, then I think I am not the right person for that particular company.’ The second thing he looks at is people. The CEO in particular and the members of the executive committee. ‘The rest really is about the due diligence I might do about the company.’

‘There is a greater hardness to the skill set required of modern boards'.

Thinking and practice around the role and composition of boards has evolved in the 35 years that Sir Win has spent on boards.

‘I think there is on the one hand very clearly more diversity, not just gender diversity but geographic diversity, diversity of experience. Thirty-five years ago, and it worked at the time, it was often friends of the company in general, long-standing friends of the chair or CEO. Competent people but probably not competitively chosen. I think it worked largely especially in companies where there was a strong family shareholding. There is a greater hardness to the skill set required of modern boards’, says Sir Win.

While boards still need people with a broad business common sense, the complexity of business, the geographic spread, the diversification of business interests, the highly competitive markets have all called for a diversity of experience, skills and background, of gender and regional knowledge.

As a founding chair of the 30% Club, Sir Win has been a central figure in the global efforts on gender diversity on boards. While the focus has been on raising the number of women on boards to at least 30 per cent, Sir Win says you have to then ask yourself whether 30 per cent the right number.

‘When we started the 30% Club in 2010 and Dame Helena Morrissey asked me and Sir Roger Carr to become founder chairs, we took the view that if we aim at 30 per cent we would be more likely to get to 25 per cent voluntary target that the UK government had set at the time.’

Since that time, several countries including Australia have joined the efforts. But Sir Win says there is a lot more to be done.

‘Women look at risk differently and perhaps more judiciously than men do. People say women are risk averse. I think that is baloney.'

One of the challenges has been the push-back on gender diversity targets from those who see it as political correctness. But Sir Win believes that women on boards is critical for effective board function because of the key attributes they bring.

‘I happen to believe, for instance, that women look at risk differently and perhaps more judiciously than men do. People say women are risk averse. I think that is baloney. They just look at it differently. Women are also willing to ask the awkward question. I think it goes with the territory. They are not afraid to say, explain this to me. Whereas men very often feel when presented with a new concept that perhaps, they ought to know what it is all about. Perhaps they ought not to show their ignorance.’

This means that boards that are not diverse lose the opportunity for a sound understanding of all aspects of the concept.

Sir Win is among those who believe that boards ought to get deeply involved in strategy. Because, most board members, are keen and interested strategists and bring different strengths and perspectives to the board.

‘It is useful to play to their strengths and seek their input on what the future is. The problem though is that often strategy has a tendency to morph into next year’s plan rather than the five to ten year future.’

Sir Win considers that the most important person in the company is the CEO and by extension their executive committee and management. But you cannot have a good company when the management and board disagree on strategy.

‘You’ve got to find a way without it having to be a compromise (compromise is the worst solution of all); where both management and board truly believe that it is the best way forward.’

The board is not supposed to get into the nitty-gritty detail. However, when strategy is presented to the board, management must then give clear visibility on all the implications in terms of resources, competence, competitors, customers, risks and impact on operations and long-term value.

Boards must maintain a healthy scepticism and the ability to challenge, says Sir Win.

‘Don’t take for granted everything the management tells you. Not that they lie. However, a sceptical eye, particularly on strategy, is I think important. Also on what they tell you about customers or the culture of the firm’.

Of course, boards must always remain supportive of their management. But, there is a tendency for boards to identify with the success of the company and to wax eloquent on the brilliance of management. And when the company is doing badly to think first about of how they can get rid of the CEO.

‘I think it should be the other way round. When you are doing well, the management ought to be reminded that some of their competitors are also doing well. The market may be in their favour.’

It is this element of paranoia and scepticism during the good times that will challenge management to reach for greater heights.

‘On the other hand, it is when the company is doing badly that the board needs to offer the greatest support. Help them get out of the mess. Don’t just bitch at them about how badly they are doing.’

The board’s key role is to provide principles-based governance rather than a compliance-focused one. And this has been the defining feature of the new UK Corporate Governance Code Sir Win says.

‘There is an optical change in the new code. It is shorter and sharper. It has become more principles based.’

Culture is a central theme and the whole question of purpose of the company. It has also put greater emphasis on the famous s 172 of the Companies Act 2006, which makes it the directors’ duty to promote the success of the company in a way that benefits a broad group of stakeholders.

‘There are people out there who in fact have a pretty good view, a better view than we have as a board.'

And this is what links it with the UK Stewardship Code. The Financial Reporting Council, of which Sir Win is the chair, is currently undertaking an update of the Stewardship Code following a public consultation, which ‘aims to increase demand for more effective stewardship and investment decision-making which is aligned to the needs of institutional investors and clients’.

Sir Win has always believed that boards must actively engage with stakeholders and shareholders.

‘Wisdom does not just reside with ten or 11 board members. There are people out there who in fact have a pretty good view, a better view than we have as a board. So it makes sense to listen and engage. Their proposals may in fact be something we haven’t thought about, or thought seriously enough about it or the analysis has not been done nearly as well by our management.

‘On the other hand, it doesn’t mean that you do everything that they want. But I think engagement with stakeholders and shareholders in general and that includes activist shareholders is important.’

The Financial Reporting Council has been in a state of flux in recent times having undergone a major review. The review came in the wake of deepening concern about the audit sector and the monopoly of the Big 4 firms who audit over 90 per cent of UK’s big businesses.

‘There is an investigation into the audit firms generally in the UK. Among the burning questions are — is the sector too concentrated? Is it competitive enough? Is the quality high enough? Are there conflicts of interest between audit and consulting? Is audit truly a minority sport?’

For the Big 4 in the UK, audit is a mere 25 per cent of business. Consulting forms the rest of their revenues’, he says.

The Competition and Markets Authority has recommended a separation of audit from consulting services and called for an expansion of the market beyond the Big 4. The review followed the collapse of multiple companies including the KPMG audited construction firm Carillion. The recommendations of the review include greater accountability for those appointing auditors, a strengthening of the independence of audits and the idea that a Big Four firm must work with a smaller firm in a joint audit system.

The reviews herald a sea change for the FRC or its successor body.

‘There is a view that the FRC or its successor should have greater legislative powers. This is a point of much discussion here.’

In any case, the FRC or its successor is expected to have more statutory powers. It will be tougher on the audit firms and have wider remit. Sir Win believes this will be quite a difficult shift, though understandable. Meanwhile as Brexit dominates public consciousness, industry has asked that the recommendations are implemented before the end of 2019 to ensure that corporate governance remains strong and the regulator strengthened as UK exits the EU.