Family legacy and board dynamics: Lessons from TATA 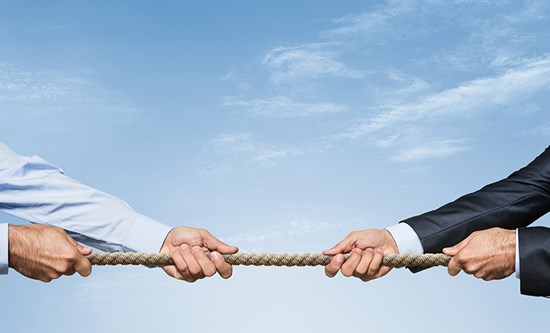 The fallout from the very public fight for control of the Tata Group ended with the ousting of its chair Cyrus Mistry in October last year. This article assesses some of the lessons that can be learned for all parties involved in the governance of family businesses.

n 24 October 2016, the board of Tata Sons, the holding company of the Tata Group, dismissed its chair Cyrus Mistry who was due to finish his four-year contract in March 2017. This turned out to be just the tip of the iceberg and the beginning of an unfolding situation that is defining the future of corporate governance in India.

Founded in 1868 by Jamshedji Tata, the Tata Group is a multinational conglomerate and holding company with 30 listed companies and over 660,000 staff globally. At the end of 2016, the combined market capitalisation of Tata businesses stood at US$115 billion, equal to 7.4 per cent of the Bombay Stock Exchange.

However, the Tata Group is not just a commercially oriented business conglomerate. It is controlled by Tata Sons, a holding company where two family-owned Tata trusts, headed by Ratan Tata, hold a combined stake of 66 per cent. Tata Sons is the owner of the Tata name and the Tata trademarks. The trusts have a social mission to provide grants and partner with organisations that engage in innovative and sustainable initiatives and with the potential to make a positive impact on society.

The Tata companies do not have an impact lock — a mechanism designed to ensure that some intentional impact of activities, for example the social or environmental goals of an organisation, are secured — in their articles of association. It is clear, however, that the spirit of the trust is reflected in the expectations of the social responsibilities of the companies. Article 4A of Tata Motors Ltd, for example, states that ‘The company shall have among its objectives the promotion and growth of the national economy through increased productivity, effective utilisation of material and manpower resources and continued application of modern scientific and managerial techniques in keeping with the national aspirations; and the company, shall be mindful of its social and moral responsibilities to consumers, employees, shareholders, society and the local community’.

Mistry was the first chair in almost 80 years to come from outside the Tata family. He was approved by Ratan Tata, who mentored Mistry for the role of chair. The selection committee at the time was composed of a number of close confidantes of Ratan Tata. Mistry, however, was by no means independent — his family is the single,biggest non-family shareholder of Tata Sons, owning an 18.4 per cent equity stake. Moreover, his family ties with the Tatas began with his grandfather and both families are of Parsi origin. The Parsi community originated from Persia/Iran and is a closely-knit social community that has formed a number of influential business groups in India. In 1936, the Shapoorji Pallonji Mistry family bought a 12.5 per cent stake in Tata Sons from the Parsi family, the Dinshaws, who acted as adviser and lender of last resort for the Tatas. FE Dinshaw lent 20 million Indian rupees to bail out Tata Steel and Tata Hydro in the 1920s, and this debt was subsequently turned into an equity stake.