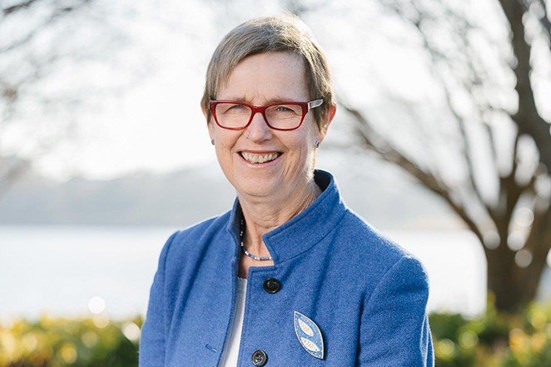 Even if you are not convinced about the science of climate change, there are no downsides to treating it as a potential risk for your organisation, just as you would any other risk.

That’s the view of Wendy Craik, the chair of the Climate Change Authority, a body which reviews and advises the government on climate change policy.

‘Climate change is a risk management issue and putting in place good measures to mitigate it is a prudent course of action and one which has shown to be very worthwhile in the past,’ she says.

‘But trying to work out how to do that practically can be quite challenging.’

Craik believes organisations should, in a structured way, be considering how climate change is likely to affect their governance, assets, supply chains, resources and other parts of their business operations in the future.

‘Also, if government policies change, how will that affect your operations and what you do?’ she asks.

Craik says policy uncertainty around climate change in Australia is a major issue for companies, especially in planning for the long-term.

‘There have been a lot of changes in climate policy over the past decade or so. A lot of questions are not clearly resolved and that creates challenges,’ she says.

‘In one of the studies we conducted in early 2017 with the Australian Energy Market Commission, we had an analysis done by the Centre for International Economics (CIE). At the time CIE did the work, in the first half of 2017, it indicated that wholesale electricity prices were above long-run costs by $27–$40 a megawatt hour.

‘If you are trying to get a handle on the costs of uncertainty, if that cost was fully passed on to households, the average household bill would have been $46–$68 a quarter higher than it otherwise would have been. In our report, we said policy uncertainty was a significant driver of that.’

Despite the policy uncertainty, Craik believes Australian companies are becoming increasingly aware of climate change threats and their need to respond.

This, she says, has been helped along by the work being done by the Australian Prudential Regulation Authority, Australian Securities and Investments Commission, and some governance bodies, in highlighting the importance of reporting on these risks to investors, the public and other stakeholders.

Craik says this increasing awareness is also a function of the approximately 800 large companies that are part of the National Greenhouse and Energy Reporting scheme (NGERs). The scheme, which collects  and reports information on companies’ greenhouse gas emissions and energy production and consumption, covers about 60 per cent of Australia’s emissions.

The Climate Change Authority’s review of the voluntary Emissions Reduction Fund (ERF) also indicates a growing awareness of climate change among companies as they make use of the incentives provided for projects that reduce emissions, says Craik.

While shareholders may be calling for more deliberate and transparent climate risk disclosure, Craik says one of the challenges for Australian companies is to choose the best metrics to use in their reporting and which best express their risks in a way that is accurate and makes sense to stakeholders.

‘Companies would be better off starting to think about the details of this sooner rather than later,’ she says.