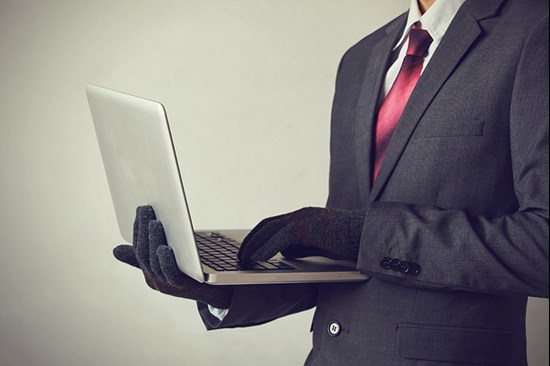 A reformed fraudster discusses organisational culture, pay inequality, blind trust in leadership, and how everything came together for him to create a perfect storm.

Walt Pavlo, Jr began working at MCI Communications, later part of WorldCom and then the US’ second largest telecoms business, in 1992 as a finance executive. As he rose within the company, the pressure to achieve impossible targets and hide mountains of bad corporate debt led to disillusionment with his job.

He became involved in a scheme to profit from the company’s situation, copying the techniques he was using to balance the company finances to funnel money into Cayman Islands accounts – embezzling US$6 million before he was caught.

In March 2001, Pavlo reported to federal prison to begin a 41-month sentence, eventually serving two years. Since his release, he has published a book on his story — Stolen Without A Gun, written with Forbes journalist Neil Weinberg — and lectured at numerous business schools, accountancy firms, and even the FBI, to give an insight into what took place and how organisations can prevent it happening again.

How would you describe the culture at MCI when you joined?

It was entrepreneurial, with a flat management structure — one manager and many people working under them — where decision-making was encouraged at any level and was rewarded.

So if you were confident and good at making decisions, and they worked out, you would be given more responsibility. That is how you moved up.

I was so happy to be in that sort of management style, versus the bureaucratic regulation of my previous jobs. I was longing for that Wild West, with more decision-making, and more pressure.

You make it sound positive — which, given what happened, and the pressure to get results, surprises me.

That is how it felt when I joined. At the time, I did not see it as excessive pressure — I saw it as opportunity. It was a new industry, recently deregulated, and there were a lot of young people coming in.

When they deregulated, they converted an industry that was bureaucratic and established into something that was entrepreneurial. The company was looking for a type of person to fit that new model.

You say in your book your bosses left you with the impression that you had no choice but to cook the books. Were management and culture culpable?

We would not have said ‘culpable’ at that time, but the company just sought results, without asking how you obtained those results, which is perhaps a nice way of saying they were partially culpable. If you kept giving the answer they wanted to hear, you were rewarded within MCI.

The Walt you see in the book is someone who was isolated in making decisions. Reaching out for help was a sign of weakness and I knew that it would not be rewarded inside of that culture.

Were the incentive structures a problem?

We made an okay salary, but we could potentially make a lot more on stock options and it was an era when the stock options were the way people made millions — it was the American dream.

We all knew the value of the stock, because every day, when we walked into MCI — no matter which office you walked into — there was the stock price displayed.

When you look at that, you can do some quick calculation in your head about what that means to you personally. In that structure, the decisions one would make would be more self-serving, without regard for the best interests of the company and the shareholders.

I would hope that reward structures now do a better job at aligning people to long-term goals, and have a positive influence on people’s behaviour. But I still see problems, unfortunately. Most incentives are based on a short-term gain; executive compensation drives that and the attitude trickles down.