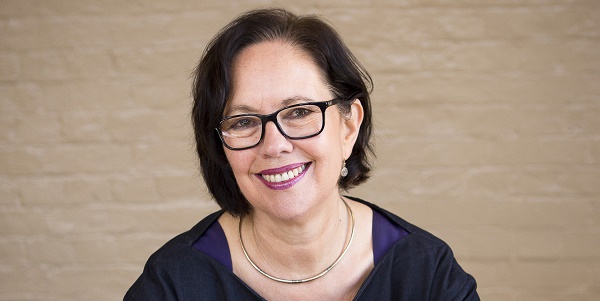 The fact that things have been this way for a long time make it difficult for organisations to budge, Ms. Moriarty, who is speaking on these issues at the upcoming Public Sector Governance Forum, said.

“Intellectually we all know that diversity is part of what is required of organisations – of everybody really – and it’s a catch cry,” Ms Moriarty said.

“It’s not new. But the questions about what the commitment to these goals is and why you should commit to them are the most important. If people do not really understand why they must change the status quo around diversity, then the commitment to do so is somewhat lacking or at the very least it is ineffective.”

The ‘why’ should be obvious given that organisations with the greatest diversity – race, culture, gender, age, skills, age and tenure among them – are demonstrably more productive and innovative.

Inclusion must be the real outcome

Bringing diversity into an organisation or environment for real impact, is about bringing lived experience, says Ms. Moriarty.

“Unless we are bringing lived diverse experience into organisations we can’t possibly be responding to the world that we are providing a service to or involved in the governance of.”

Inclusion must be the genuine outcome of that commitment, for diversity to bring the rewards. And those rewards to the organisation, to its workforce, to its leadership are measurable, Ms Moriarty points out.

“There are many ways for diversity to result in effective inclusivity and for the values from it to be generated. In the commitment to engage meaningfully and to include meaningfully in decision-making and in ways to make decisions. It permeates the way people see the world. Organisations then need to see the world differently through the lens that diverse individuals bring to the table.”

For it to genuinely impact how an organisation is run, how it performs its roles, makes its contribution and generates value, inclusivity should genuinely and authentically be at the centre of diversity planning, Ms Moriarty says.

Accountability is the driver for change

“I think accountability is the big driver. And frameworks and structures that measure how diversity is being embraced and implemented and how it is converting into inclusivity. And what impact that is having within an organisation or within an organisation’s interface with its marketplace or with its audience. So, I am always keen to see measurement. Not just in numerical terms but in really measuring all facets of impact.”

Without measurement, the commitment to diversity can be fairly vague - the impact on the outcomes must be tracked or embraced, celebrated or challenged, for the change to be intentional Ms Moriarty says.

“Thinking has really progressed and there is a genuine desire for diversity and inclusion particularly among the younger generation coming through, for whom it is a non-negotiable value. So, we really need to have the structures and ways in which to measure, implement, fine-tune and augment strategy so that we are being more effective.”

There is a high degree of unconscious bias but those behaviours have been called out for a very long time. So, if people who hold unconscious bias haven’t by now realised that their bias is quantifiable, demonstrable and damaging then we are further behind than we thought we were says Ms. Moriarty.

“Unconscious bias is definitely an issue. But it is not an excuse. It needs to be discounted and called for what it is. The responsibility to embed diversity within organisational culture lies with the chair. With the CEO. And with the collective intent of the board. Leadership has to start at the top.”

Gender balance is about equality

When discussions on diversity come up, gender diversity is often the default discussion and the one at which it stops or stays for a long time. Ms Moriarty makes the point that it should not even come up. Because she struggles to see the inclusion of women as diversity.

“I mean, because women make up 50% of the population. And yet our workplaces do not reflect that at all levels. It is a massive anomaly that gets called ‘a lack of diversity’. But it isn’t. It’s a lack of equality.”

Chairs must be held accountable for decision-making and intent around the inclusion of women says Ms Moriarty who is also the Independent Chair of the FFA Women’s Football Council, and Co-Chair of Indigenous program John Moriarty Football.

“I make these decisions all the time. We have football coaches in many parts of Australia for Indigenous football. We simply made the decision that they will be 50/50 male/female and delivered it. That is not reflected anywhere else in Australia.”

“Why is it not happening? What is it about status quo that needs to shift and who is going to shift it within an organisation? Chairs and CEOs have a great deal of power and the responsibility to lead this change.”

“I think there are other individuals who belong in other groupings within society who could be considered minorities or considered reflective of different areas of diversity for whom leadership needs to make way, make space. Otherwise it will be difficult to create that culture and embed diversity and inclusion at all levels of the organisation.”

The other key discussion we need to have in Australia is about the inclusion of the First Nations People, who often remain outside of this discussion. How can that change?

“There is no shortage of Indigenous Australians who are ready and able to take the positions. Balarinji pitched recently to deliver services to a significant piece of State infrastructure. And when we looked at it, 83% of that project would be delivered by our Indigenous staff. So, it is about will. It can happen. It takes development and it takes recruitment policy. It is possible and doable. We are doing it every day.”