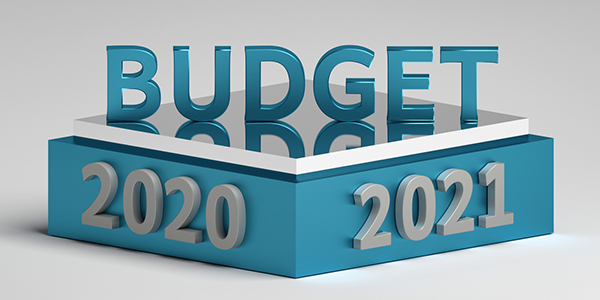 With a firm focus on boosting jobs, major projects and sparking growth, the 2020 Federal Budget will help lay down a solid economic path out of the pandemic, Governance Institute of Australia has said in response to the announcement.

CEO of Governance Institute of Australia Megan Motto welcomed the key announcements, saying the firm focus on building jobs especially for young Australians, skills and infrastructure are essential for Australia to regain its position of economic strength.

'This is a historic budget in a tumultuous year - and there are some major takeaways for the governance and risk management profession,' Ms Motto said.

'We have seen a commitment to a much-needed kiss of life for the Australian economy, and a departure from the Coalition’s usual quest for surplus.'

Governance Institute has welcomed the assistance for the embattled aged care sector that has been announced in tonight's budget.

As well as more home care packages, the aged care support includes: “a further $11.3 million for training and support for aged care providers and carers of people experiencing behavioural and psychological symptoms of dementia.”

'The aged care sector has had a devastating year with many governance challenges. This extra support announced tonight will assist the sector’s recovery and is to be welcomed,” Ms Motto said.

‘Of course, more needs to be done in this area, and we look forward to the government’s full response – and funding – when the final report from the Aged Care Royal Commission is handed down early next year.”

A key Governance Institute recommendation has been confirmed with funding now guaranteed for the full implementation of the Modernising Business Registers program, Ms Motto said.

'We have seen $419.9 million allocated to fully implement the Modernising Business Registers program — one of our core "wish list" items was for this program to receive adequate funding to continue, so this is to be welcomed.'

Governance Institute has also welcomed the $256.6 million to develop a Digital Identity system.

'This will facilitate the implementation of the Director ID by enabling the 2.7 million directors that will be required to apply for a Director ID to digitally verify their identity.'

Governance Institute of Australia says the Federal Government has also committed to launch consultations about permanently allowing virtual meetings and the electronic execution of documents.

‘These key governance innovations will create efficiency knock-on effects for every business in every sector of the Australian economy, unleashing productivity and broader economic growth.’

To drill down further into the key budget issues this year, we asked two top economists to share their expert views and outlook.

Head of Economic and Market Research at Bendigo and Adelaide Bank, David Robertson the 2020-21 Federal Budget is in line with the challenge of dealing with a global pandemic.

'The budget deficit of $213.7bn or 10.5% of annual GDP is a peacetime record in absolute and relative terms, but is proportionate to the size of the economic reality,' Mr Robertson said.

He said the stimulus initiatives in the budget are to be welcomed, particularly as the country finds itself in a 'unique' recession.

'Given Australia is in its deepest recession in close to a century, this budget stimulus is vital,' Mr Robertson said.

'Our economy contracted 7% in the second quarter, the largest decline since quarterly GDP records began in 1959, and our first technical recession in 30 years. Since 1992, we have only had three single quarters of contraction, but the 2020 COVID-19 recession is unique in that it has been an intentional shutting down of the economy to deal with a health crisis, and not a result of asset price bubbles or 'boom bust" cycles.

'This has made it much deeper, but its unique nature makes the recovery profile challenging to predict.'

However, he said there was a 'lack of focus' in the budget for some areas, including aged care.

'Arguably the missing pieces in the Federal Budget were a lack of focus on social housing and aged care, and less infrastructure spending in the short term for regional communities to support the trend we are observing towards regional property over higher population density locations.'

He says next year is expected to bring positive economic news, but this will depend on several key factors.

'In 2021 the economy is expected to rebound, although the extent of this recovery will depend on some factors that are impossible to predict, including the timing and efficacy of a vaccine, and our trading relationship with key partners (especially China).

'We expect real GDP to increase roughly 3% in the second half of 2020, and then another 3% in 2021 thanks to the range of policy measures outlined in the budget, and the various state government and industry support measures in place.'

Improvements in the unemployment rate are likely to be dependent on health outcomes including the avoidance of second and third waves of COVID-19, and when borders can be reopened, Mr Robertson said.

'The forecast surplus for 2019– 20 turned into a deficit of $85.3 bn, equivalent to 4.3% of GDP, the largest since World War II,' Mr Eslake, who will speak at Governance Institute’s upcoming National Conference, said.

'This year’s budget formally confirms the change in fiscal strategy that has de facto been followed since late March. The priority is no longer budget surpluses and debt reduction. It is, to revive former Prime Minister Malcolm Turnbull’s 2016 election slogan: “Jobs and Growth”. But this time, they really mean it.'

Mr Eslake explains that while the deficit may currently be 'mind-boggling', there is no cause for major concern.

'Yes, this year’s deficit of more than $200 billion (over 10% of GDP) is mind-boggling, as is the prospect of gross debt exceeding $1 trillion. But we should not be unduly concerned about it either. Investors are almost literally falling over themselves in their rush to lend to the Australian Government at the lowest interest rates on record.

'Not to have run such large deficits or incurred such a large build-up in debt would have posed much greater risks to the Australian economy, and to Australians’ jobs, than what the Government has elected to do.'

He said the announcement to spend up on infrastructure will be helpful — as long as the business cases for the projects stack up.

'As the RBA Governor has suggested, spending on a large number of small projects would probably be more useful than spending the same amount on a small number of big ones. Because they can be spread more widely across the economy, they’re more likely to be labour-intensive (and less intensive in their use of imported equipment), and because they would be easier to dial up or down depending on how the economy actually performs over time.'

In summary, Mr Eslake said that Australia’s short-term economic prospects depend heavily on keeping the virus at bay. And in the medium term, the country’s prospects will depend on the availability and efficacy of a vaccine — and people’s willingness to take it.

'And in that respect, as in so many others, we are not an island. No matter how well we may do on the epidemiological front before and after the availability of a vaccine, we cannot have a sustainable economic recovery if the world as a whole is unable to.'