Cutting the red tape burden for the charity sector 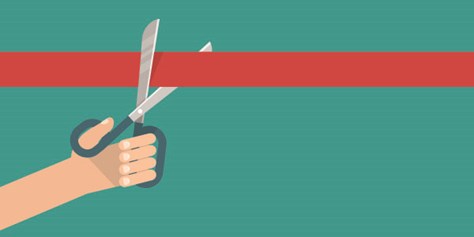 Stepping up calls for more coherent and consistent laws, CEO of Governance Institute Megan Motto said the charitable sector is currently weighed down in red tape, a situation that the corporate sector simply would not stand for.

“The sector needs be far less polite about the urgency of this overhaul and that’s why today we are stepping up our calls for an overhaul of fundraising laws, ideally in time for the fast-approaching Christmas giving season,” Ms Motto said.

“A nationally consistent framework would enable the sector – committed to assisting some of society's most vulnerable – to be able to react faster in times of crisis, more efficiently, and be better able to act on its purpose. Being tangled up in red tape only serves to distract them from core work.”

As many in the charity sector reel from the impact of the pandemic this year, with a drop in volunteers and face-to-face fundraising events, Ms Motto said the failings of the current system have been brought to boiling point.

“The regulatory burden on charities is intense – and it should be a strong spotlight because of the important work they do for society’s most vulnerable people. Transparency is key and every dollar needs to be accounted for,” Ms Motto said.

“However, when the compliance requirements are as high and unnecessary as we are currently seeing, it can prompt inefficiencies and waste. Charites simply cannot be as fast-acting as they should – and want – to be.”

“This is such an important issue for good governance, especially as good governance is about creating the frameworks to make sure you are achieving the purpose of your organisation.

“And for these purpose driven organisations there is nothing more important than diverting resources away from an administrative burden and towards the purpose for which you are created.”

The lowdown on why Australia’s fundraising laws need to be fixed:

What is the problem with Australia’s fundraising laws?

The regulatory burden on charities is high. Currently, there are seven different pieces of legislation across states and territories which means if a charity is seeking to set up a national campaign, they must apply for seven different licenses.

There are inefficiencies and waste because of this - and potentially non-compliance. It causes a barrier to innovation and a sluggishness that means charities cannot be as fast-moving and reactive as they need to be when a disaster strikes.

Why is Christmas a key milestone for change?

The festive season is a key giving time for many, and particularly after a tough year, every dollar counts.

Are these changes feasible by Christmas?

Absolutely. We have seen the government make snap decisions throughout this unusual year. They can also act quickly on this issue if they wish.

What is Governance Institute doing to try and instigate this change?

We are saying that the sector has been too polite about this issue for too long and are ramping up our campaign, conversations and pressure for this overhaul.

Governance Institute is part of the #FixFundraising campaign, a coalition led by Community Council for Australia and Justice Connect, that has been lobbying for reform since 2016.

Governance Institute recently made a submission to the Charitable Fundraising National Working Group, welcoming their proposal as a step in the right direction.

But by only dealing with the registration process, the proposed model provides only a fraction of the benefits that are needed.

Find out more in our podcast

Our CEO Megan Motto has hosted a podcast about the need for an overhaul of Australia’s fundraising laws. Guests include Simon Miller, General Counsel at Save the Children, Sue Woodward from Justice Connect, Head of Not-for-profit Law and member of the Charities Crisis Cabinet, and Karyn Walsh AM, Director of Australian Alliance to End Homelessness and CEO at Micah Projects.