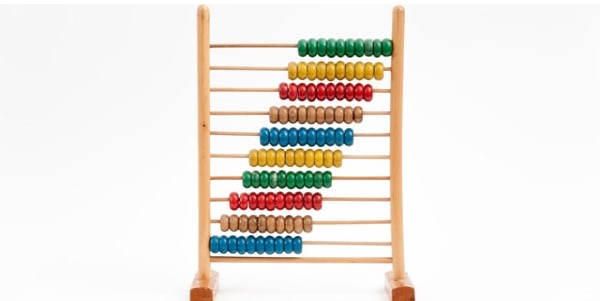 COVID-19 and the restrictions imposed by the Commonwealth and state governments to moderate its spread has had a severe impact on many charities and not for profits throughout Australia. Donations and other sources of revenue have dried up with an inevitable adverse impact on cashflow and working capital, as well as on the ability of many entities to carry out their stated purposes.

In late March 2020, the Commonwealth Government announced amendments to the Corporations Act 2001 (Cth), including providing temporary relief for directors from personal liability for trading while insolvent. Accordingly, directors are not personally liable for debts which are incurred during the six month period ending on 25 September 2020, prior to the appointment of an administrator or liquidator, and which are incurred “in the ordinary course of business”.

The Explanatory Memorandum to the Amending Bill provides that “in the ordinary course of business” means “if it is necessary to facilitate the continuation of the business during the six month period”. The Explanatory Memorandum gives examples of a director taking out a loan to move some business operations online and debts incurred for continuing to pay employees during the COVID epidemic.

The Australian Charities and Not for Profits Commission has advised that it will follow the amendments so far as it relates to charities incorporated under the Corporations Act as companies limited by guarantee, and will also apply the temporary safe harbour provisions to other charities and not for profits.

The Commissioner states that “the charity must ensure that its responsible people (directors) are aware of the issue and have an achievable aim to return to viability when the crisis has passed. The charity must inform its members and the ACNC if it is trading insolvent.” (ACNC’s “General Information About the effects of COVID-19 on the Charity Sector).

The requirements of an achievable aim to return to viability when the crisis has passed is reflective of what would be a Board’s general duties under the Corporations Act to act in good faith and in the best interests of the company (section 181) and act with the degree of care and diligence that a reasonable person might be executed to show in the role (section 180).

The attitude of the Commission in extending the operation of the temporary safe harbour to charitable and not for profit entities not established under the Corporations Act will not be effective to remove personal liability from directors to creditors.  Accordingly, Boards of charities and not for profits will need to consider the legislation under which they are established. For example, in New South Wales section 68 of the Associations Corporations Act 2009, provides that a committee member commits an offence and may be personally liable for a debt where it is incurred when the Association was insolvent. The legislation does not provide any safe harbour defence which could limit options available to such entities.

How should directors act?

This would require them to take measures that the directors believe on reasonable grounds will achieve that survival and recovery. Directors should review the entity’s circumstances, make plans to survive and recover and implement those plans, keeping them constantly under review. Given the uncertainties as to the duration and affect of the pandemic, the requirement that the directors have reasonable grounds to believe that the measures they take will result in the desired outcome will be particularly challenging.

Boards will need to ensure that the entity’s business plan and cashflow forecasts are updated, having considered a range of options, and that any measures be formally considered at a Board meeting and properly adopted with detailed minutes being kept.

Boards are encouraged to consider and access government relief and support packages that are being offered. Some of these could assist with immediate cashflow shortfalls. The longer term structural changes facing many operations will require strategic planning and often restructuring. Professional advice should generally be obtained.

There are in general terms three models available to charities and not for profits in distress in the current environment:

There a variety of benefits that can be achieved through restructuring the affairs via a merger or amalgamation of two or more organisations, especially where there is alignment of objectives and synergies in operations and assets. These benefits primarily involve a “safer” recapitalisation, improved cost efficiencies due to economies of scale and resolution of non-compliance regulatory issues.

Transactions take time, and will need to follow a proper process testing the market. Members generally need to approve mergers or disposals of core assets, however where the objective is to allow continued operations, the support is usually there. Relevant departmental regulators are consulted where necessary.

In situations of distress, a Voluntary Administrator may be able to expedite a restructure transaction. The process may be shortened in order to save the operation and ensure services continue to the community, with reduced interruption where possible.

For those entities that can see no way of restructuring to allow them to survive and recover, voluntary administration is a first step towards liquidation may be the only safe course for the Board.