The new Morrison Government responds to our policy questions 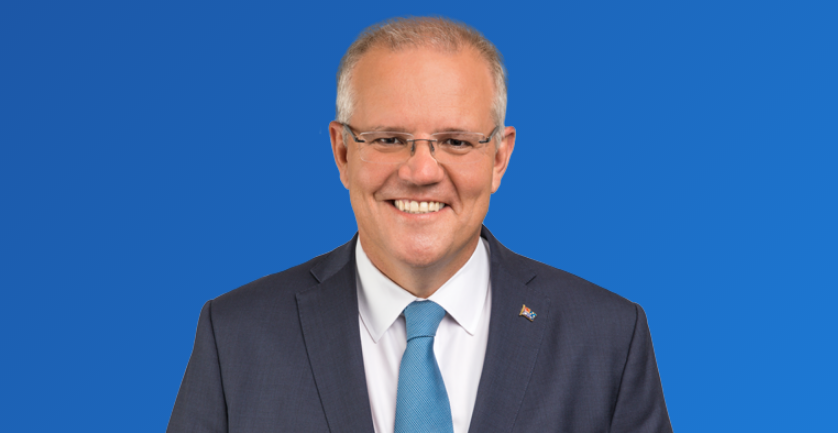 The Governance Institute put a selection of questions to the new Morrison Government, to see where they stand on the issues important to the association. These questions were generated by our members, our policy submissions and advocacy work.

Now that the Coalition government has been returned with Scott Morrison as Prime Minister, we have summarised these key issues for your review.

The Governance Institute has also re-raised these questions with the new Government to attempt to determine timelines for when they will be implemented. When these responses are made available, we will update this news story accordingly.

The current state and territory-based regulatory framework which governs fundraising is fragmented, burdensome, and rarely enforced correctly. It is failing in its objective to protect donors, provide transparency, and build public trust in fundraising organisations.

As part of the #fixfundraising coalition, we have called on Government to reform and make fundraising laws nationally consistent. This can be achieved through three simple steps:

The Morrison Government strongly supports reducing red tape in the charities sector. Our Government has already begun working with states and territories through the Consumer Affairs Forum to address reduce red tape for charities when fundraising.

Governance Institute has long advocated for the Australian Charities and Not-for-Profit Commission (ACNC) register to record the details of the company secretary of charitable companies.

ASIC no longer keeps this information, and our members consistently report to us the issues their organisations face due to the inability of banks, landlords and other third parties to easily locate and verify the details of the organisation's company secretary.

The Morrison Government will continue to work with the Australian Charities and Not-for­ profit Commission (ACNC) to ensure the strong and transparent governance of charities.

As the ACNC is an independent regulator, we commit to working with them to understand why this information is no longer recorded, and what steps are required to report company secretary details on the ACNC register.

Governance Institute has been a long-time supporter of initiatives to modernise existing business infrastructure, such as the Modernising Business Register program.

These reforms will simplify the way clients interact with government registers and streamline internal processes, our members report significant inefficiencies and costs for use of the existing registers.

Governance Institute has advocated for the introduction of a Director Identification Number (including company secretaries) to address information confidentiality and security concerns of directors, and company secretaries, concerning publication of their personal data.

The Morrison Government remains committed to the introduction of a Director Identification Number (DIN).

DINs are being progressed as part of the Modernisation of Business Registers program to ensure that the DIN is integrated with other important registry data. The Treasury Laws Amendment (Registries Modernisation and Other Measures) Bill 2019 also provides a legal framework for the introduction of DINs.

The requirement to hold a DIN will assist regulators to track directors, find their corporate past, monitor current and future directorships, and enable disruption of phoenixing. This will provide greater insights to regulators, businesses and individuals on the identity of directors. Having all business registry data linked will help with risk profiling and help prevent illegal phoenixing.

Our members strongly support the simplification of corporate reporting requirements, which have become overly burdensome, not only to meet statutory requirements but also provide meaningful data that investors can use.

Corporate reports have ballooned in size, as more and more disclosure requirements are added in piecemeal fashion to the legislation. This makes them largely incomprehensible to investors (especially non-institutional investors).

The Morrison Government is committed to delivering effective and efficient regulation and regulatory frameworks that impose the least necessary burden on businesses. The Coalition wants business to spend more time growing the economy and less time with paperwork and red tape.

Since 2013, we have reduced unnecessary government regulation by approximately $6.8 billion. This includes:

The Coalition is working with the states and territories - providing $300 million to incentivise them reduce their red tape on small business.

While our members supported the legislation introduced into parliament last year to protect whistle-blowers, there are a number of the recommendations that were not addressed:

The Morrison Government is committed to strengthening the whistle-blower frameworks in the public, corporate, tax and registered organisations sectors.

The Coalition has delivered on its commitment to strengthen whistle-blower protections in the tax and corporate sectors through the Treasury Laws Amendment (Enhancing Whistleblower Protections) Act 2019 ('The Whistleblower Act').

The Whistleblower Act establishes a single, strengthened, private sector whistle-blower regime in the Corporations Act which applies to the corporate, financial [financial products and services], superannuation, insurance, credit and not-for-profit sectors (within the Commonwealth's constitutional powers).

The Act also establishes a new regime in the Taxation Act to protect whistle-blowers who report suspected non-compliance with Australia's taxation laws. This regime will operate independently of the regime established by the Corporations Act amendments because there are some elements of the tax whistle-blower regime which necessarily differ from the corporate sector whistle-blower regime.

Our members have also advocated for some time for the establishment of an independent research-based reform body similar to the former Corporations and Markets Advisory Committee (CAMAC). Such a body would be in a position to provide advice to politicians without the constraints of the electoral cycle, and assist both the government and the opposition to formulate policy.

As part of its broad ranging review of public service agencies, the Commission of Audit recommended that CAMAC should be consolidated into the Department of the Treasury.

The decision to cease the operation of CAMAC was announced by the Coalition in the 2014-15 Budget.

Currently the Corporations Act requires too much 'hard copy'. Government should aim to enable transactions and business to be carried out digitally end-to-end: regulation should not make it more difficult and expensive to conduct business through purely digital channels. This allows for innovation in shareholder engagement and corporate reporting.

Given the speed of technological change, it is important that any amendments to the Corporations Act or any other acts affecting business are technology-neutral.

In August 2018, the Government provided ASIC with more than $6 million in government funding (over two years) to expand their work in RegTech. RegTech is a term used to describe the combination of technology with regulation and compliance to provide solutions to challenges being experienced across a regulated industry.

The government sees the regulatory technology sector as one of enormous potential to help organisations build a culture of compliance with the Corporations Act. The funding being provided by Government will be used to promote the development and use of RegTech solutions by financial services firms, and to accelerate ASIC's use of RegTech to deliver better regulatory compliance and outcomes, helping to make Australia a world leader in the development and use of regulatory technology.

The Government has also established a FinTech Advisory Group to advise the government on developments in the sector, ensure priorities of the industry are considered in the implementation of government policies, and identify areas for reform.