How thinking about climate risk is changing 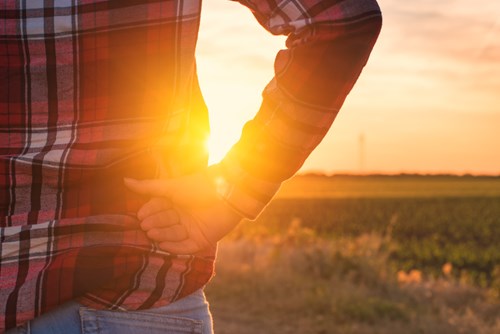 Climate finance and risk management are moving into the mainstream, according to Mark Carney, the Governor of the Bank of England.

Speaking at the International Climate Risk Conference for Supervisors in Amsterdam in April, he detailed how thinking about climate change risks had transitioned since The Paris Agreement in 2015.

Firstly, there had been a change in thinking about disclosures.

At the One Planet Summit in Paris in 2017, financial institutions responsible for managing US$80 trillion of assets publicly supported the Task Force for Climate-related Disclosures (TCFD) and its recommendations for voluntary disclosures of material, decision-useful climate-related financial risks.

‘That financial institutions have come out so strongly in support of enhanced disclosure reflects their recognition that there is a correlation between managing climate risk and long-term value creation as well as their belief in the power of markets,’ said Carney.

At the same time, there were signs that global companies were becoming increasingly aware of the risks climate change can pose.

‘Whereas in previous years it barely registered as a risk, now close to a third of global CEOs are ‘extremely concerned’ about the threat climate change poses to their organisation’s growth prospects,’ said Carney, pointing to the findings of a recent PWC survey.

He also noted a series of actions to transform climate disclosures.

‘2017 was a record year for climate-related shareholder resolutions, with a threefold increase in motions (184 vs 63) and with investment managers controlling over 45 per cent of global assets under management backing shareholder actions on carbon disclosure,’ he said.

He added that several of the world’s largest asset managers – including the two largest, Blackrock and Vanguard – had written to a number of public companies calling for such disclosures. And, other long-term investors had joined forces to press for disclosure through groups such as Climate Action 100+ and the International Investors Group for Climate Change (IIGCC).

Meanwhile, ISS and Glass Lewis, who account for over 90 per cent of the shareholder advisory services market, had updated their 2018 proxy voting policies to make clear that they will assess the adequacy of climate disclosure.

‘With the providers of capital demanding enhanced disclosure, and the TCFD recommendations providing a framework for doing so, a number of public companies have begun disclosing their climate-related financial risks for the 2017/18 year end,’ said Carney.

The Task Force was now developing examples of good practice and was launching a resource hub to help companies implement its recommendations.

‘As preparers, financials and investors 'learn by doing’, a virtuous cycle will be created where more and better information creates the imperatives for others to adopt the TCFD and for everyone to up their game on the quality of information they provide.’

Given evidence that suggests increasing levels of physical risk, Carney said insurers would need to consider the potential impact of more intense and clustered weather-related events.

He said work by his colleagues had found that intense hurricanes, of the type most likely to cause large insurance losses, seem to be getting more frequent and the chance of two or more intense hurricanes occurring close together may be higher than previously thought. ‘So improvements in risk modelling must be unrelenting.’

Carney added there were signs that banks were also beginning to treat climate-related risks like other financial risks. For example, a survey by the UK’s Prudential Regulation Authority found that a majority of banks now see them as financial risks rather than just a reputational or corporate social responsibility issues.

‘Banks have begun considering the most immediate physical risks relevant to their business models from the exposure of mortgage books to flood risk or, for globally active banks, the impact of extreme weather events on country risk,’ he said.

‘And they have begun to assess exposures to transition risks where government policy is already pulling forward the adjustment. This includes exposures to carbon-intensive sectors, consumer loans secured on diesel vehicles and buy-to-let lending given new efficiency requirements.

‘But many banks have indicated that there is some way to go to identify and measure climate related risks more comprehensively, including given the need to improve data and expertise.’

‘Climate finance and risk management is moving into the mainstream. There has been a transition in thinking. And this is now beginning to be translated into action,’ Carney concluded.