Field visits a must for all directors 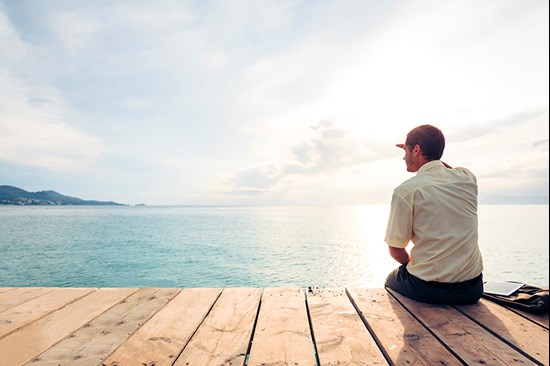 Every board should have an explicit policy that gets all directors out of the boardroom and into the field.

So says Professor David R. Beatty, the Conway Director of the University of Toronto’s Clarkson Centre for Business Ethics and Board Effectiveness.

He believes that you can’t understand anything about a company’s culture by sitting around the boardroom table.

‘At the boardroom table you ‘eat what you are fed’ by the top management team,’ he states in an article in the Harvard Law School Forum on Corporate Governance.

As an example of how things can go wrong if directors don’t get out and about, Beatty points to Wells Fargo bank, where several millions of fraudulent accounts were created over a decade and thousands of employees dismissed for failing to make targets.

He asks: ‘Did no bank director get any inkling of how the bank was run? Did any bank director ever visit a branch to have a chat with the branch manager? Did no one check the hot line?’

He notes that US multinational conglomerate, General Electric, has long had such an explicit policy that all directors get out of the boardroom and into the field. So has the Toronto-Dominion Bank in Canada.

‘In each instance, the board chair encouraged field visits and insisted upon them,’ says Beatty.

Such visits serve to inform the individual directors about how things actually work in the field and to get a feel of what the operating culture actually is like (culture = what employees do when no one is looking). These visits also help the CEO understand what is going on in the parts of the field where he or she has not recently visited.

Beatty urges all institutional investors to pressure the companies they own to formally require such a policy. He’d also like to see public companies publish that policy in their annual information circulars and within a few years’ time, being able to measure the number of visits directors make.

‘For a director to responsibly fulfil his or her fiduciary responsibilities, field visits are a must,’ he concludes.

To Beatty, such a change in board policy would be another part of the dramatic evolution boards have been through in the past few decades.

He says the growth of activists and the social media have significantly expanded the external roles of the board in recent years.

‘Activism now certainly forces boards to meet directly with their leading investors and social media campaigns – like the one against Des Hague, the former CEO of Centreplate – force boards to prepare contingency plans against such quickly forming tsunamis.’

He adds that board composition and processes have also changed significantly because of both regulatory and investor pressures.

The vital importance of ‘independence’ – directors who did not have personal ties to CEOs – was highlighted by the Disney board saga in 2004. A surprising and unprecedented 43 per cent of Disney’s shareholders, predominantly rallied by former board members Roy Disney and Stanley Gold, withheld their proxies to re-elect CEO Michael Eisner to the board. Two years later Eisner retired.

‘This principle of independence is now regulated in the UK where all directors of major FTSE firms must retire after 12 years lest they lose their ‘independence’,’ says Beatty.

Another structural shift came with the Sarbanes-Oxley regulation of 2002 which required the members of the Audit Committee (Section 407) to be not only ‘independent’ but financially literate.

That, as well as the follow up with the Public Company Accounting Oversight Board, has resulted in significant changes in board composition — the first move towards specific expertise on boards.

Beatty says the notion of ‘skills matrices’ and ‘expertise’ has become central to the building of effective boards. More recently changes to reflect the risks of digital disruption has also influenced board composition—Wal-Mart, for example, now has four directors who are digitally savvy and considerably below the average American director’s age of 62.

‘Boards will continue to get more ‘expert’ in the years ahead as they respond to external disruptive forces and the ongoing expansion of stakeholders well beyond shareholders,’ says Beatty. ‘The days of the board composed only of ‘gifted amateurs’ are gone.'