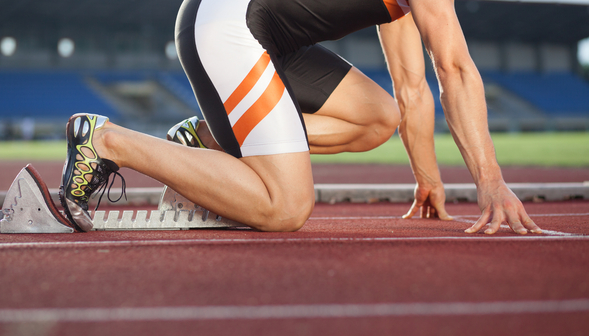 Is it the ‘macho’ culture, an overly competitive environment or allowing too many retired sports people on the board that’s dragging sports governance down?

These are some of the questions a new report published in the UK by ICSA: The Governance Institute looks to answer in the wake of a spate of high profile recent sports scandals around the globe.

Based on a roundtable discussion, the report welcomes steps to embed a mandatory Code for Sports Governance in the UK. But it adds that there is a growing recognition that rules-based compliance cannot, on its own, deliver healthy behaviour in organisations.

“Indeed, the efficacy of rules and processes depends in large part on the integrity of those subject to them: their usefulness is negated if there is a mindset of bypassing them. Across all sectors there is an awareness that behaviour is determined to a significant degree by the culture of the entity concerned.

“Despite this, there remains a sense that the relationship between governance and organisational culture is still not fully recognised and that too much emphasis is placed on the mechanics of governance – its policies and procedures – with too little on dynamics, attitudes and behaviour which are interwoven with them.”

The report notes that sport, by definition, can be a competitive environment. Pressure to achieve is placed on organisations and individuals alike, from a performance and business perspective and from everyday interactions. And, this influences the decisions made.

The report questions whether a so-called ‘macho’ culture lies behind some of the problems in sports. However, it observes: “If ‘macho’ tendencies do contribute to unhealthy behaviour, sport is not alone in this. Such patterns can be identified in numerous other sectors, but manifest in different ways. In banking, finance and business where deal-making and risk-taking cultures hold sway brash behaviour has often been expected and tolerated.

“Similarly, other sectors have experienced integrity issues. Where there is a competitive advantage to be gained, there may always be a temptation to use underhand tactics. Sport encounters cheating in different forms, from doping to simulation or ball tampering. Yet other sectors have witnessed industrial espionage, insider trading, rate fixing, automotive emissions manipulation. The list goes on. When the pressure is on to achieve results a strong, ethical culture may prevent the wrong choices being made.”

The report also examines whether some sports are more susceptible to certain types of cultural issues than others. Certain sports, for example, are more rigidly hierarchical, even patriarchal, than others. In such disciplines, it says in-built rank and status can stifle challenge, bypass objective skills-based recruitment in governance and management, and can expose the organisation to power imbalances.

Examining the governance of sports organisations, the report notes that some are often accused of lacking professionalism and relying on passion, enthusiasm and even time served rather than expertise, experience and qualifications for the job.

Fitting roles to skills at all levels, from the board down, would illustrate that responsibilities are taken seriously, it says.

“This should be informed by a regular skills evaluation of the board as a whole and its individual members. There is a place for the retired sports person, but it is not necessarily in leading the organisation. In membership bodies with appointed board members, elections may not always return candidates with the most appropriate skills and sometimes speak of cliques or pockets of influence.

“Demonstrating that the leadership reflects the diversity – in the widest sense – of the community it seeks to serve also gives a powerful indication of what the organisation stands for and values.”

The report notes that having dominant personalities can be a double-edged sword for sports bodies.

“On the one hand, they can drive change or the pursuit of excellence. On the other hand, they can intimidate, subdue and, if left unchecked, assume an air of impunity. On the board this can manifest itself through the inhibition of challenge or a monopoly on decision-making. Throughout the organisation it can lead to the forced adoption of poor practices and behaviour.”

Examples of these personalities include those whose reputation as a participant has seemingly entitled them to authority within an organisation, irrespective of their fitness for the role; player power proving disruptive in the dressing room; an over-mighty chair or CEO; and an owner or major investor with much influence.

“One test of the extent to which a culture is sufficiently embedded is whether it can withstand the arrival or departure of a strong personality. Both can provide powerful impetus for change, but an organisation’s values and ways of operating should not be dependent on one individual,” the report notes.

Also noted are the difficulties organisations face in holding volunteers to the same standards as contracted employees. Volunteers should be requested to leave if they do not abide by the code of conduct and uphold the organisation’s values. They should also undergo the same checks as other members of the organisation regarding their fitness and aptitude for the role.

The report provides the following tips for embedding culture into an organisation: