Shareholder resolutions come under the microscope 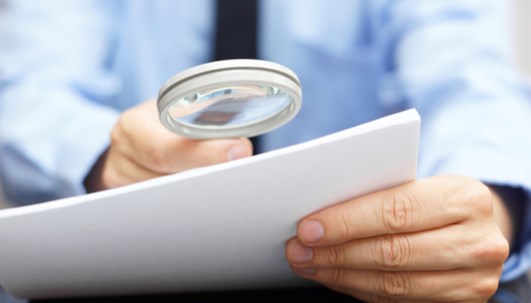 Governance Institute has partnered with LexisNexis to produce a green paper to further debate on whether the current framework for shareholder resolutions should be reformed.

The paper, Shareholder resolutions: Is there a case for change?, follows a roundtable discussion of distinguished participants covered by Governance Institute and global knowledge provider LexisNexis in May this year.

The discussion was held in response to the Australian Council of Superannuation Investors’ (ACSI) paper, Shareholder resolutions in Australia, Is there a better way?, which outlined ACSI’s concerns about the current framework and proposed a range of options.

ACSI maintains that its asset managers, many of which represent institutional and retail investors, strongly believe that the current system is not optimal.

‘But despite robust discussion and debate, the roundtable did not achieve consensus either about the case for change or what that change might look like,’ says Governance Institute CEO Steven Burrell.

He says some participants believed shareholder resolutions were here to stay, but acknowledged they are a blunt instrument.

Most agreed that the requirement for a constitutional amendment is an artifice that could be removed if the threshold for bringing these resolutions were higher.

Governance and risk professionals and institutional investors believed that resolutions should not be used by special interest groups to ‘hijack’ the AGM to pursue societal issues.

There was also a recognition that retail investors do not have the same ‘voice’ or access as institutional investors and some discussion on how this imbalance could be corrected.

‘There was some feeling that the current system needs streamlining, but no consensus on what form that streamlining might take, indicating that significantly more engagement and consultation is required to ensure the right policy settings are in place to adequately address this significant shift in shareholder engagement,’ says Burrell.

In the green paper, the Governance Institute states its current policy position on the subject and discusses a range of views and issues surrounding each of the options ACSI has proposed to address its concerns about shareholder resolutions.

The paper also includes a synopsis of the views expressed at the roundtable and the results of a survey of governance and risk professionals’ views on the topic.

The survey, conducted by Governance Institute and LexisNexis, reveals a sharp division on the subject.

Almost two thirds (63 per cent) of respondents believed shareholders currently had a sufficient voice on environmental, social and governance (ESG) issues in relation to listed companies. Indeed, the prevailing view was that ESG decisions are a board matter and that there are currently sufficient avenues for shareholders to pursue these matters.

Interestingly, 63 per cent of participants said they would not support legislative change to give shareholders a greater voice on ESG issues. Only 37 per cent said they would support this change.

The question on whether there is a role for institutional investors in relation to shareholders having a greater voice on ESG issues elicited strong opposing views: 45 per cent said yes and 55 per cent said no.

Respondents were also sharply and almost evenly divided when asked whether a greater capacity to move non-binding resolutions would have a significant impact on directors’ duties and responsibilities, with 49 per cent saying yes and 50 per cent saying no.

To provide your submission, download the Green paper and complete the submission form and email it to catherine.maxwell@governanceinstitute.com.au by 10 August 2018.