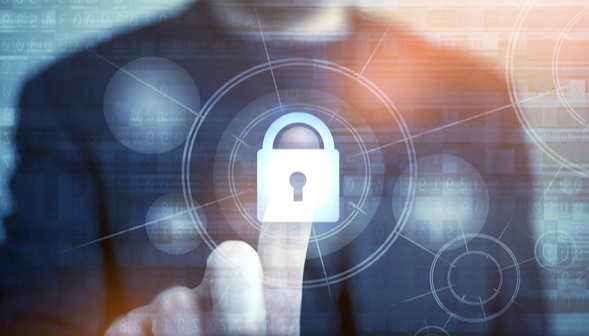 A serious process is under way to develop laws to remove barriers to data sharing and provide a new general right for consumers to exercise joint control over the sharing and use of their data.

That was the news from Peter Harris, outgoing chairman of the Productivity Commission (PC), in a speech to the International Institute of Communications Telecommunication and Media Forum in Sydney earlier this month.

He noted that the government had committed to support these structurally significant recommendations made by the PC in its final report on Availability and Use of Data in March last year.

‘That effort extends to new funding for both these work-streams,’ he said. ‘The full detail won’t be known until legislation emerges in draft form later this year. But the concept is taking shape and a serious process is under way to make it a reality.’

Harris said the new consumer right would provide Australians with standards on the safe exchange of data, tailored by industry sector.

Consumers would gain the ability to direct a current collector of their digital data to package that data safely and send it to another accredited data collector, one they believed would offer a better or complementary service or price for their custom.

Collectors would not be required to go back and turn analogue data into digital data. But wherever data on a consumer was held in a digitally-accessible form and met the other requirements that link it to that consumer, it would forever remain that consumer’s data.

‘This creates a right for you to trade in your own data,’ said Harris.

‘It puts Australia in the forefront of countries attempting to claw back some community and individual control over their data, by treating the asset as just that — a valuable object which can be shaped and used over and over again with no loss of utility.’

Harris said the government appeared to have agreed with the PC's proposal that a wide range of digital data be covered by the new right – wider than was commonly the case with privacy laws and their focus on personal information.

He noted that ‘consumers’ were a much larger group in the new right than ‘persons’ who were the focus of privacy laws.

‘We had recommended that consumers include all small businesses as well as individuals for the purpose of the new data right. Much of small business, as we defined it, is composed of one or two individuals who are trading under an ABN but are otherwise no different to a household.

‘The government has, however, gone one better and proposes to offer the new right to all business customers as well as individual customers. So coverage here too will also be much wider than under privacy law.’

Harris said a collector of data would be required to hold someone’s data in a form that makes the exchange of it digitally practicable. ‘Regulation that locks in a poor choice or no choice at all regarding the form in which data is held can make transfer untenable,’ he said.

In addition, reciprocity of data exchange and the ability to meet the required standards of safe transfer would be a requirement of accreditation as a third-party recipient of a consumer’s traded data. Industry-based working groups, familiar in other standards-setting areas, would be the primary tool.

Harris said accreditation rules would be vetted by the Australian Competition and Consumer Commission (ACCC) to ensure they didn’t become a barrier to entry or otherwise used in anti-competitive fashion.

‘The government has acknowledged and resourced this,’ he said.

While the new consumer right would apply across the economy, it would be triggered by declaration, sector by sector.

First up is the banking sector where the consumer right and the right to Open Banking will be phased in from July 2019. The energy and telecommunications sector will follow.

‘The selection of sectors to which it will apply (and the definition of a sector) is primarily in the hands of the ACCC, with a final approval by the Treasurer.’

Harris said there was no one-size-fits-all solution to what constitutes consumer data.

‘We know that whatever prove to be the industry-negotiated standards of consumer data in banking will not match those in energy. Telecommunications will be different to, say, motor vehicle repair. And for small businesses, an ABN may be the identifier.

‘And then there is the public sector, where descriptors relevant to consumer interest in their health data will be different again.

‘Due to these complications, we settled on a set of principles to guide industry-led negotiation and to help the ACCC with its accreditation.’

On the issue of consent, Harris said the PC believed that consumers needed not only to know their data was being collected but also who was subsequently sharing in it.

‘In our view, this must apply regardless of whether you are a passive supplier of data or an active consumer using it, just as you would with any other property in which you had a shared right.

‘Yet we did not want consumers and firms burdened with email after email listing a new commercial relationship.

‘A list of parties who have had access to a firm’s consumer data holdings should be published on its website every 12 months or perhaps even more often than that. It should be an offence for that list to be misleading or deceptive.’

Meanwhile, on the same day that Harris gave his speech, the government released an issues paper for consultation outlining an approach to a new Data Sharing and Release Bill.

It noted that its planned Data Sharing and Release Act would:

Submissions to the paper must be made by 1 August 2018 to datalegislation@pmc.gov.au