Australian companies take note: You could be liable for failing to prevent your associates from engaging in foreign bribery 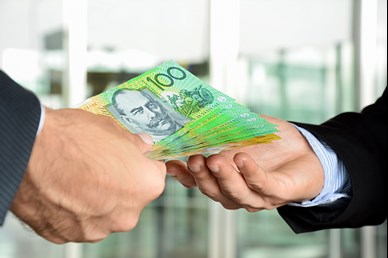 Australian companies who conduct business abroad need to be aware of the imminent substantial change to the law regarding foreign bribery offences.

The Australian Government has recently introduced the Crimes Legislation Amendment (Combatting Corporate Crime) Bill 2017 into Parliament which increases the scope of company conduct which may be caught by foreign bribery offences.

Once the changes to the Criminal Code Act 1995 come into effect (probably mid 2018), a company will be strictly liable for bribery of foreign public officials conducted by its associates for the profit or gain of the company even if a conduct occurred out of Australia. In other words, there will be a penalty for failure to prevent foreign bribery.

Under the Bill, an associate will be defined broadly to expressly include officers, employees, agents and contractors and any person who performs services for or on behalf of the company.  This definition also expressly includes all subsidiaries (even if off-shore), related entities and corporations controlled as defined by the Corporations Act 2001. This is important because companies will have to ensure that any associates are acting properly in respect of their commercial dealings with local public officials, for example in obtaining licenses, permits or conducting business generally in a foreign country.

In our opinion, this will mean an even greater level of scrutiny is required by public and private companies in Australia in respect to how they do business overseas.  See the link to the attached article which highlights what is to occur in that regard and our views on the likely impact and what to do to avoid its impact.