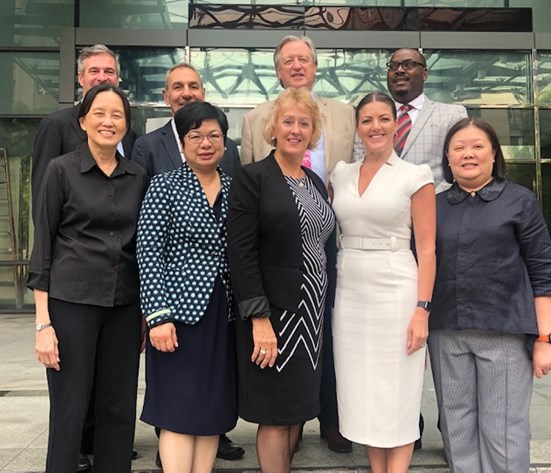 Recently in Taipei I had my first real foray into the international world of governance through a range of meetings with the Institute of Chartered Secretaries and Administrators (ICSA).

Australia is one of nine divisions which make up ICSA. The various meetings between CEOs, Council, and the subsequent one-day conference were informative and gave rise to a number of observations.

International collaboration for the benefit of members around the world is important. Organisations are increasingly global in a hyper connected world. This brings a new dimension of complexity for those navigating the regulatory and business landscape (on top of the cultural nuances of different markets). The common language to make sense of this complexity is governance.

Staying modern and relevant for the long-term benefit of our members is a task which we are all focused on. Many of the prevalent issues for Australian governance professionals are shared across the globe, although local legislative and regulatory systems mean that the ‘seamless global economy’ has more than a few loopholes to navigate.

Training and information sharing is an instrumental part of developing the knowledge and networks to position individuals and organisations for success in an uncertain future.

ICSA will play an increasingly critical role as the global connector of much of this thinking at the international level. ICSA’s plans to develop more thought leadership in the areas of board diversity and sustainability (in the broader sense of the word) will be useful tools for members to consider these issues in light of international context. I look forward to Governance Institute of Australia being an integral part of these projects going forward.

Probably my biggest observation came from networking with my fellow CEOs and councillors from around the world, and that is whilst we have some notable differences, we have a lot more in common. All divisions are facing the same challenges that we are tackling locally. Staying modern and relevant for the long-term benefit of our members is a task which we are all focused on.

Of course, the thing that always strikes me the most is that no matter what country or continent we are from, the commonalities between those joined through our passionate governance community is clear. The group of people working at the international level are dedicated, hard-working and incredibly impressive. ICSA is in good hands and is proactively positioning itself for the future.